One of the most common myths about dementia is that you cannot live life well if you are diagnosed with it.

John Ramsay, the CEO of Shift8*, the company bringing the Tovertafel to the UK, brings us some fantastic advice.

One in three people born in the UK this year will develop dementia in their lifetime – with numbers currently set to rise to over one million by 2025.

When a loved one is diagnosed, it can be incredibly tough but being informed can help to make life that little bit easier. My dad was diagnosed with early onset dementia when I was 12 years old and it was challenging as a teenager helping to care for him, all while witnessing the changes that were occurring on his journey.

As awareness surrounding dementia has increased, so has the influx of information. From advice on exercises which reduce Alzheimer’s symptoms, right through to our diets, it really is a minefield when it comes to finding and understanding the right advice for you. Here we explore seven common myths surrounding dementia, aiming to dispel these:

1. You cannot live well with dementia

An extremely common misconception surrounding dementia is that once you’ve been diagnosed, your life will completely change, and this can only be a negative. Advice, support and guidance is readily available, helping to ease symptoms and ensure those on their journey are able to lead an active, purposeful life. Whether it’s going for a walk or simply having a cup of tea, it’s important to continue doing the things that matter most to the individual. For example, my dad used to love watching the hit TV show Friends, and even as he progressed this didn’t change. It brought us both moments of happiness and provided an opportunity for us to spend quality time together, even towards the later stages of his journey.

2. Dementia is a natural part of ageing

Whether it’s misplacing your house keys or simply forgetting a word, memory loss is something which affects us all, particularly as we get older. Although memory problems are one of the key symptoms that affect those on their dementia journey, this certainly doesn’t mean that dementia is a natural part of the aging process. Dementia is in fact a syndrome associated with an ongoing decline of brain functioning, and it is vital to remember that this is not just a part of ‘getting older’.

3. It’s best to stop all normal activity if someone has been diagnosed

Often, when it comes to dementia, people search to correct the situation. Instead we should focus on what can be achieved, not what can’t. Stopping all normal activity can actually have a negative impact on the individual, taking away their sense of purpose and belonging. It’s important to remember that dementia is a journey and situations may occur when a loved one is feeling tired or upset, but just focus on doing activities that suit your loved one’s needs on that specific occasion.

My dad was brought up an Irish Catholic, so even after he was diagnosed and on his dementia journey, we encouraged him to attend our local church. For him, it sparked reminiscence, reminding him of his younger days and improving his sense of wellbeing.

4. Dementia affects your memory, but nothing else

Although dementia can often start by impacting our short-term memory, it also affects the way we behave, communicate and even think. No two types of dementia are the same, meaning it’s a completely individual experience. A loved one may struggle with familiar daily tasks such as making a cup of tea, whereas another individual may experience difficulties controlling their emotions. Other less known symptoms include night time disturbances and hallucinations, so it’s important to be aware of the other potential signs of dementia.

5. Alzheimer’s and dementia are the same thing

Alzheimer’s disease and dementia are two terms which are often used interchangeably, but this is in fact incorrect. They are two separate terms. Dementia is the name for a group of symptoms, caused by different diseases which impact the brain. Alzheimer’s is the most common type of dementia, accounting for 60 - 80 per cent of cases. Other types of dementia include vascular dementia, mixed dementia, dementia with Lewy bodies and frontotemporal dementia.

6. There’s nothing you can do once you’ve been diagnosed

Although there’s not yet a known cure for dementia, there are things that can be done to slow the process, ease symptoms and improve overall wellbeing. Recent studies have shown the importance of care, in all sorts of creative ways. PhD research from Hester Le Riche exposed the importance of playing games for those living with dementia as this stimulates engagement and interactivity. Whether it’s animal therapy, interactive light games such as the Tovertafel or simply joining a local Dementia Friends group, it’s important to find what works for you and your loved one.

7. Only the elderly can be diagnosed with dementia

Dementia is not just something which affects the elderly. Most individuals on their journey are over the age of 65, but there are also many people younger than this. According to research, one in six people over the age of 80 have dementia while it is estimated that there are 42,325 people who have been diagnosed with young onset dementia in the UK.

When it comes to dementia, it can – at times – be easy to feel overwhelmed by the situation as well as the mass of information. However, what’s key to remember is that your loved one is still the same person. Recent research has proved the importance of care, showing how we can break down barriers when it comes to dementia and ultimately create more ‘moments of happiness’ for those on their journey.

Top tips for supporting a partner living with dementia 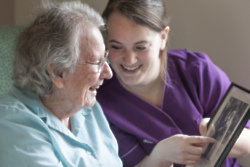 How To Interact With Loved Ones Living With Dementia 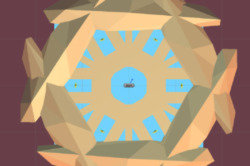