Katie Fowler suffered a persistent headache – but when it did not lift, she was placed in an induced coma and diagnosed with encephalitis. 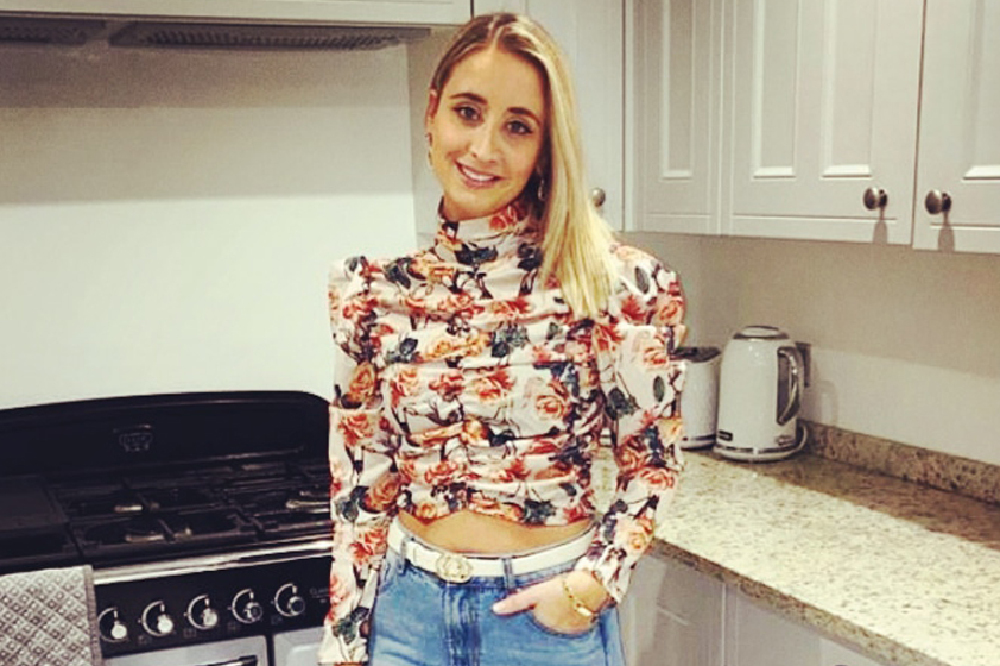 An NHS worker has spoken of her terror when she was convinced the hospital doctors who were meant to cure her were actually trying to kill her after what she thought was a ‘stress headache’ turned out to be a rare brain bug.

At first, when Katie Fowler, 35, suffered a persistent headache in August last year she simply expected it to lift – especially when doctors reassured her that her high pressure job as a hospital discharge coordinator had most likely triggered it.

But when she woke in the early hours of the morning and began projectile vomiting, she was blue-lighted to St George’s Hospital in Tooting, south west London, where she was placed in an induced coma and diagnosed with encephalitis – a rare but serious inflammation of the brain, usually occurring when the immune system attacks itself in error.

Gripped by terrifying delusions which persisted after she was brought out of her coma, Katie, of Carshalton, south London, recalled hallucinating angry flames, saying: “I’d a see fire coming through the windows, which obviously wasn’t real. It was horrifying.

“My hallucinations felt so real that no one could convince me otherwise. Intensive care at night is a scary place to be anyway, with all the machines beeping and doctors coming in and out.

“And I became convinced that the medics were trying to kill me. I thought they were secretly taking my blood and I’d see shadows of them looming.”

She continued: “I’d cry hysterically whenever my family visited. When it was time for them to leave, I’d beg not to be left alone.”

Katie is one of up to 6,000 people in the UK every year to be diagnosed with the condition, according to the charity Encephalitis Society, which cites symptoms – depending which strain of the bug is involved – including drowsiness, loss of consciousness, aversion to bright lights, inability to speak, uncharacteristic behaviour, hallucinations, sleep disturbance and neck stiffness.

Although she has ostensibly recovered, she wants people to know about the after-effects of the condition, adding: “Just because I’ve left hospital doesn’t mean this is over for me.”

“I still struggle with things like concentration, reading, writing and holding a conversation,” she continued.

“I know I’m very lucky to have got through this without a more severe brain injury, but it’s frustrating that people assume that because I look fine, I am.”

Usually fit and healthy, Katie’s life changed forever after a day out to an aquarium in August last year.

Arriving home that evening, she developed a headache but thought little of it, assuming it had been triggered by being under bright lights all day.

Still feeling unwell when she woke up the next morning, she phoned in sick to work, saying: “I was off for four days in total, but ended up feeling guilty and so went back in.

“I still had a headache, but I was telling myself, ‘You work for the NHS, you need to go back and help other people.’”

Katie said: “I tried to make it through the day, but felt so unwell. The lights and noise were unbearable. I burst into tears and was sent home.”

Concerned as it was not like her to be so poorly, Katie went to the GP, where she was told it was probably a simple tension headache.

But, by the following Sunday – seven days after her symptoms first began – things took a turn for the worse and she ended up in her local casualty.

Early bird places are now available for the Encephalitis Conference 2020 @RCPLondon on December 8.

“I’d been taking painkillers, but they weren’t making much difference,” she said.

“I went to A&E, where doctors took some blood and did a CT scan, but everything came back normal.

“I was told again that it was probably just a tension headache and they asked if I had a stressful job.”

Katie recalled: “I knew it was more than that – I just didn’t know what. Besides, I didn’t feel like I could argue with a consultant. Who was I to question medical advice?”

That same day, Katie also began behaving erratically, switching between laughing and sobbing and struggling to follow the thread of conversation when her family spoke to her.

She also developed a strange pins and needles sensation in her right-hand side, starting in her foot and spreading up to her fingers.

But things came to a head 72 hours later, in the early hours of the morning.

She recalled: “I woke up in such a haze – it felt like I’d been drugged. I was projectile vomiting and so delirious I couldn’t even speak to phone for help.

“I managed to bang around enough to alert my grandad, who I lived with at the time.”

She continued: “He took one look at me and knew something was very wrong. I remember him handing me some water and I couldn’t even grip the glass.”

Paramedics were swiftly called and Katie was whisked to St George’s Hospital.

She said: “In the ambulance, I vomited with so much force that it hit the back of the door.”

“Once I got to hospital, I couldn’t stay still. It was like I was possessed. I felt like ants were crawling all over my body.”

Her erratic behaviour meant doctors had to place Katie in an induced coma, to enable them to safely perform procedures like an MRI scan and a lumbar puncture, which tests the fluid surrounding the brain and spinal cord.

Does the company you work for have a ‘Charity of the Year’?

Then why not ask them to consider choosing the @encephalitis in the future?

We receive no Government support and must rely on hard-to-win grants and fundraising to carry on our life-saving global work pic.twitter.com/y8F6QoBvKr

The results revealed that she had encephalitis, the cause of which they remain unsure about, although they suspect it may have been a virus.

While Katie’s memory of the weeks that followed is hazy, she does know that she was comatose for five days, during which time she was pumped full of medication.

To her alarm, as medics brought her round, her terrifying hallucinations started.

After two weeks, Katie was discharged, but fitted with a PICC line – a soft, thin tube inserted directly into the veins – so that she could continue to take medication at home.

Thankfully, she did not sustain any severe brain damage, but still found that some of her cognitive abilities, like reading, writing and concentrating, had been impacted.

“I’d be talking or writing something down and would forget the word I needed,” she explained. “I also had huge problems with concentration.”

“I’m a very stubborn person, so it was frustrating not to be able to say and do the things I wanted. Still, I knew I had to focus on getting better,” she added.

Katie says the Encephalitis Society, who she was put in touch with during her hospital stay, was her lifeline and continues to support her to this day.

She continued: “The people there were amazing. They sent my family and I so much information about encephalitis and what it actually is and have been there for me ever since.”

Katie said: “Through them, I’ve read stories of other people who have been through encephalitis and they have shown me I’m not alone.

“People say they understand – but they don’t. Not unless they’ve been through it too.

“I feel frustrated and misunderstood enough and I’m one of the lucky ones. My heart breaks for people who’ve sustained serious brain injuries as a result of this horrible condition.”

Slowly going from strength to strength, Katie was eventually able to return to work in February this year – albeit on reduced hours, as full-time work is too exhausting for her.

But, only weeks later, the coronavirus hit and the nationwide lockdown was enforced.

“Basically, nothing has been normal for me since August,” Katie explained. “Even work has been impacted, as I am classed as high-risk, so can’t work in the same way.”

After teaching herself to take things at a slower pace and finding useful aids like special yellow lenses for reading, which helps her to concentrate when looking at bright computer lights,” Katie is taking life one day at a time.

But she is keen both to thank Encephalitis Society for their help and to raise awareness of the condition and its long term impact on survivors.

She concluded: “It’s scary how few people have heard of encephalitis. Even some doctors won’t encounter a case in their entire career, but I am determined to do what I can to raise awareness.”

“I used to be on the go all the time, constantly rushing around at 100 miles per hour,” she said.

“But now I know I have to live a calm life, or else I’ll get overwhelmed and exhausted. It’s not about pushing myself anymore, it’s about being content with what I can do.” 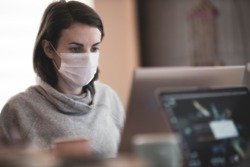 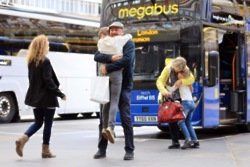 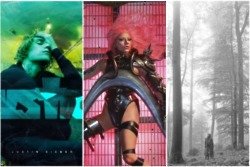