A tax on junk food would hopefully curb spending on them

Scientists are suggesting a 'fat tax' should be imposed to raise the price of unhealthy foods and drinks by 20 per cent to help curb obesity.

This, combined with cheaper fruits and vegetables will hopefully have a significant effect on diet-related conditions such as heart disease.

Researchers at the University of Oxford say putting a special tax on things like burgers, sweets and fizzy drinks will put people off buying them.

Studies found it could cut 2,700 heart disease deaths a year.

The best results would come from a tax on sugary drinks, accordign to an online British Medical Journal review.

Dr Oliver Mytton and colleagues said food taxes would need to be at least 20 per cent to have a meaningful effect on populatiuon health.

They said: "In the past year, Denmark has introduced a fat tax, Hungary as junk food tax and France a tax on sweetened drinks. Other countries, notably Ireland, are also considering such taxes.

It's still unclear how these taxes would be introduced however as the food industry argues that they would be ineffective, unfair and lead to job losses. 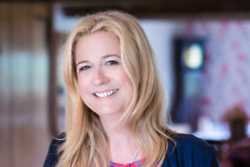