Aspirin can cut cancer death risk, according to research

Aspirin can reduce your chances of dying from bowel cancer by a third, according to new research.

Patients who took the painkiller daily for at least nine months after disgnosis cut the risk by 30 per cent.

Taking aspirin for any length of time after diagnosis reduced the odds of dying from cancer by 23 per cent compared with not taking aspririn at all.

The study looked at 4,500 bowel cancer patients in the Netherlands diagnosed between 1998 and 2007.

A quarter were not aspirin users, another quarter only took aspirin after diagnosis, while the remaining group took it both before and aftr developing cancer.

Lead researcher Dr Gerrit-Jan Liefers, from Leiden University Medical Centre in the Netherlands, said: "Our findings could have profound clinical implications. In this study, we showed the therapeutic effect of a widely-available, familiar drug that costs mere pennies per day.

"It's possible that some older people may have other health problems which mean that they are not well enough to have chemotherapy. Bowel cancer is more common in older people so these results could be a big advance in treatment of the disease, particularly in this group. But we need further research to confirm this."

The results have been published in the British Journal of Cancer. 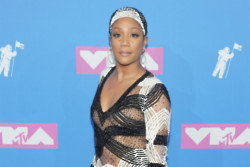