Could an eye scan reveal Alzheimer's?

Eye scans could be used to detect Alzheimer’s disease, according to new research presented at Alzheimer’s Association International Conference.

Scientists from the Commonwealth Scientific and Industrial Research Organisation (CSIRO) in Australia presented early results based on the first 40 participants in their study of 200 people. Using a proprietary imaging agent based on a chemical in turmeric – Curcumin fluorescence imaging – the researchers were able to measure levels of amyloid in the retina of the eye. A separate study from medical technology company Cognoptix Inc used a novel imaging technique called Flourescent Ligand Eye Scanning to measure beta amyloid in the eye lens of  40 participants, 20 of whom with probable Alzheimer’s and 20 healthy volunteers.

In both studies, PET scans to measure levels of amyloid in the brains of participants suggested there were significant correlations between levels in the brain and eye, suggesting that either technique has the potential to support Alzheimer’s disease diagnosis in the future.

‘Finding new and better ways to detect the early stages of Alzheimer’s disease could be a game changer for both future research and for people who will develop the condition. These studies provide proof of principle that scanning the eye for amyloid could give us insight about what is going on in the brain. However as they are only preliminary studies, the eye scans will need further validation before they could be used on people with dementia.

We know that the damage caused by Alzheimer’s begins decades before symptoms appear, so in addition to improving diagnosis we need more research to find ways to stop it developing in the first place. One in three people over 65 will develop dementia so finding answers is one of the most important tasks facing science today.’ 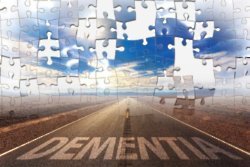 How to support someone with dementia throughout the pandemic 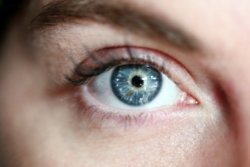 What's it like to live with someone who has early onset Alzheimer's?