Snorers at higher risk of dying from cancer

Snorers are at higher risk of cancer

Snoring can increase your risk of cancer five-fold, according to new research.

Scientists have found that mild snorers are just 0.1 times more likely to die from cancer than those without the problem.

But moderate snorers doubled the chances of cancer death, while severe snorers increased the risk 4.8 times.

Snoring and other types of 'sleep disordered breathing', as it is known, can deprive the body of enough oxygen for hours at a time.

Scientists now believe having a low blood oxygen levels can trigger the development of cancerous tumours, by promoting the growth of the vessels that feed them.

The findings were based on data from sleep studies carried out on 1,522 people over 22 years.

Dr Javier Nieto, who led the new study at the University of Wisconsin School of Medicine and Public Health, said: "The consistency of the evidence from the animal experiments and this new evidence in humans is highly compelling.

"Ours is the first study to show an association between sleep disordered brathing (SDB) and an elevated risk of cancer mortality in a population-based sample.

"If the relationship between SDB and cancer mortality is valisated in further studies, the diagnosis and treatment of SDB in patients with cancer might be indicated to prolong survival." 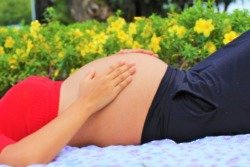 Seven ways to get better sleep during pregnancy