When I was younger, I wanted to be a criminal lawyer. Spending countless hours in the role of 'Phoenix Wright: Ace Attorney' had left me under the impression that it was an extremely challenging, but glamorous world, packed full of drama and controversy. As a teenager, what more could I have wanted? Then came the dawning realisation that the real world was nothing like the one conjured up in that video game series, but there were plenty of different avenues out there that meant I could carry on living that fantasy: hello gaming journalism!

For years, I've been pining after a game that would give me that some sense of satisfaction as the original Phoenix Wright trilogy. When I first saw the trailer for developer Mediatonic's Murder by Numbers, I knew that it would be the one to fill that void. Then I learnt that Masakazu Sugimori - the legend behind the Phoenix Wright: Ace Attorney music - would be responsible for this game's score, and immediately fell head over heels.

This week, I finally got my hands on Murder by Numbers and couldn't wait to dive in. I was instantly enveloped in the 1990s world drawn up by developers, with the infectious and addictive theme song quickly becoming an earworm. Layering that alongside the player's first glimpses of the stunning artwork and character design from Hato Moa (Hatoful Boyfriend), makes for the perfect introduction.

At its heart, Murder by Numbers is a visual novel in the crime drama genre. What allows it to stand out from all of those who have done something similar however, is the addition of Picross puzzles scattered throughout the game that must be solved if evidence is to be unearthed.

Our protagonist is Honor Mizrahi, one of the stars of a hit TV detective show who loses her contract just minutes after we first meet her. In 1996 Los Angeles, that could mean a career death sentence, and a swift return to 'regular' life. When the showrunner who kicked her off the series is found dead however, she must fight to first clear her name, and then find the person responsible for murdering him. Fortunately, she's not alone. Enter SCOUT.

Every great detective game sees our lead team-up with a sidekick, and SCOUT fills that role in Murder by Numbers. The reconnaissance robot has his own mysterious past, which comes together as you work your way through the story, and players will quickly find themselves completely invested in aiding him in his quest for answers.

Players will control SCOUT when searching for evidence, using his scanning device to look around each of the rooms. This is the one single aspect of the game in which I think an improvement could have been made. The items you find aren't actually present on screen, so it's more of a random search around the locations, waiting for SCOUT's scanner to ping: think of a metal detector on a super sandy beach, and you'll have some sort of idea what's happening here. It's not as entertaining as it could be, but with that being said, it's not boring enough to take away from the game's overall experience.

What must be given props is the stellar writing that's gone into making Murder by Numbers one of the most intricately-detailed visual novels of our time. The narrative can go from describing a grisly murder in one moment, to cracking jokes at the expense of our favourite characters at another. The balance of gritty realism and cheesy comedy is just right.

Inclusive, compelling and unique from start to finish, Murder by Numbers is a video game I'd recommend to anybody. An utter triumph.

Murder by Numbers is available now on PC and Nintendo Switch. A Steam PC code was given to Female First in exchange for 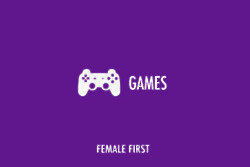 Seven best video games to play during your self-isolation 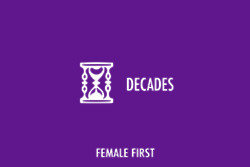