Five of the finest games you can play on PC

If you want to play some games on your PC, then you’ll want to make sure that you get the right ones. If you don’t then you may end up using tons of space on your computer without actually having anything to show for it. If you want to find out more about some of the games that you should be downloading, then take a look below.

The Witcher III is quite possibly one of the best video games ever to be created. It’s like a fine wine; it just gets better with age. Even though it’s been out for years, it’s still a hit. It’s open world and it mixes the unapologetic scale of Skyrim with the depth of Grand Theft Auto. You really can’t get better than that and the game in general is very jam-packed. The Witcher III is a gem and if you haven’t played it yet then now is certainly the time for you to invest in it.

Slingo Bingo is an absolutely brilliant game and there are plenty of variants out there for you to choose from. They include Slingo Riches, Slingo Extreme and even Slingo Rainbow Riches. The graphics are great and the whole thing is just a unique experience overall.

Dark Souls III improves on just about everything from the previous game. It’s also known for containing various elements that are found in Bloodborne, and this is a fantastic experience to say the least. It’s not really as hard as the other titles in the series, but it’s still a great game overall that you can really have fun with. Patience matters in this game because the combat system is very complex and at times, you may even find that it is overwhelming.

There is nothing on the market quite like Control. It’s not hard to see why this game has taken the world by storm. When you look at the creative team who are at Remedy Entertainment you will soon see that the title is packed with plenty for you to love and it also pays very close attention to some of the incredible details too. The stunning visuals are not to be missed and when you combine this with the fantastic performances you will soon see that it’s really a masterpiece.

Monster Hunter World could be the game of your dreams if you’re into that kind of thing. It’s one of the biggest franchises out right now and it’s managed to break through into the mainstream market. It puts you in the shoes of someone who has to hunt monsters and when you do, you will need to strip them for parts or even materials. If you have never played this type of game before then you’ll be glad to know that it’s full of adventure and that there really isn’t anything else like it. 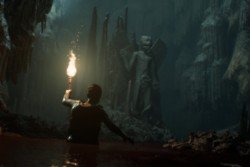 The haunting trailer for new The Dark Pictures Anthology game, House of Ashes, has arrived 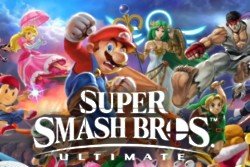 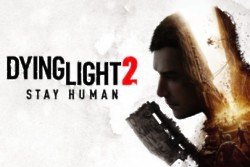