Exclusive: XAHLI delves into her anxiety and using music as therapy

Anxiety is a subject that’s always so hard to put into words, perhaps because there’s so many layers to it, it’s hard to sometimes know where to start.

My journey with anxiety began when I was a young girl and, to be as transparent as possible, it stemmed from being raised in a single parent family. I’d always had this irrational fear of losing my mother, who was my sole carer and best friend, because I didn’t feel I would have anyone else if she was gone.

I guess a lot of children go through this when you have only one parent, you rely on them so heavily and the separation anxiety can get very real at times. However, as I grew older it never really left me. I had just become better at dealing with it but there still was never a day where my anxiety didn’t play a role in dictating how that day would plan out.

This was the case for my entire teenage years up until very recently and It’s always been a struggle to express how it displays itself. For example, there’s been so many times where it’s been hard to see through plans with friends - probably because moments before you’re having a panic attack and being out in public after that is next to impossible. But this can often be hard to articulate to people, you can feel like a burden and misunderstood.

I’d always worry about the other persons feelings more than my own, which in itself would be incredibly triggering for me and spiral my anxiety more out of control! I’d never want to simply say ‘sorry I’m having a really bad day and not coping well right now’; instead I’d say ‘I’m so sorry something really important has come up can we reschedule?’

It was an easier escape route with less questions that quite frankly I wasn’t ready to be open about.

During my teens this scenario was at an all-time high and perhaps teenage angst on top of anxiety was why it was always so heightened. During this time is where I found music to lean on, i’d always listened to music when in moments of despair to try relieve some pain and feel understood but I was yet to really try put my own hurt into words. I began writing in my late teens, mainly poetry and short stories about my experiences, it was only ever for me and I didn’t expect it to transition into song writing if I’m honest. However as time progressed and I became more invested in my own music, I began writing songs and this is where I honed in on my writing skills whilst using it as a form of written therapy.

Fast forward to today, anxiety is still very rife in my life as a young woman. I’m proud to say it’s no-where near the same as it once was, but it’s still very much there and a struggle I deal with daily. I’ve been very fortunate to have my music to lean on as it really has saved me from some very dark places.

Particularly right now during a global pandemic, where everyone is anxious and I think that’s a given with the current climate. But for the first few weeks of wrapping my head around this strange situation, I hadn’t even left my bedroom from being in such a dark state of fear and anxiousness.

I had so many worries, not only for the state of the world but also because I didn’t know what this meant for my career. I’d just really started venturing into the music industry and it felt like everything could come to a halt or even a close. This was when my anxiety would play games with me, pushing thoughts of self-doubt into my mind, forcing me to feel as if this was as far as my dream would take me.

Moments like that is where I now am strong enough to recognise those irrational thoughts are not my own, but the demons that are embedded within me. It’s taken many years of self-development and growth to get to a point where being this honest is possible, living with anxiety for now over 15 years has become second nature to me.

In a strange way I wouldn’t want it to leave me now, because it is a part of who I am. Whilst never having developed it in the first place would of probably been ideal, it’s part of the foundations of me.

I feel grateful to have come out of the other side of this anxious rabbit hole and be able to speak openly and honestly to relate to others who experience the same feelings in their own lives.

XAHLI is a British alternative R&B singer-songwriter, who identifies as an 'R&B Fairy'! She takes her influences from the likes of Prince and Lauryn Hill, and is looking forward to releasing new music in 2021.. 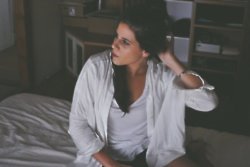 My hangxiety got so bad, I stopped drinking altogether 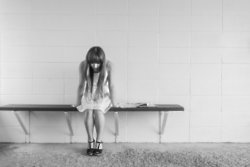 Study reveals strong association between menopause and symptoms of anxiety 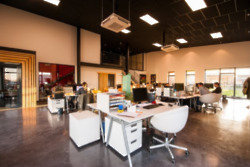 How to cope with anxious thoughts about returning to work