Millions risk personal data being stolen through own naivety

A new report has highlighted the ways in which criminals try to gain access to people’s personal details. Some 17 per cent of people polled don’t believe fraudsters can hack into Wi-Fi routers in order to spy and steal information.

Nearly half (47%) of consumers who know how to change their router password admit to never having done so, with just under a third (32%) of those who have changed passwords admitting they initially used the default password that came with the device. This could be putting people at higher risk of having their data – from personal details, bank cards and online banking details - stolen by cyber criminals who can more easily break a weak or common password.

The poll of over 2,000 people, conducted by Nationwide Building Society, also found nearly four in ten (39%) haven’t changed their router password because they simply didn’t know how to. Moreover, nearly half (47%) of those who have changed their router password stick to familiar words and numbers, which could pose a risk particularly if they use the same password to log on to multiple services. The Society is urging people to stay one step ahead and update their passwords to ensure they are as tough as possible to guess or crack.

Some examples of things cyber criminals can do if they do manage to hack your router include:

At risk out of the home:

It’s not just at home people are putting their data and finances at risk. Nearly three quarters (71%) admit to using public Wi-Fi when out and about– while convenient and spares your personal data allowance, it is often masquerading as legitimate public Wi-Fi, unencrypted and much more easily hacked than 4G, for example.

Nearly a quarter (23%) admit they have accessed online banking or used their mobile banking apps while using public Wi-Fi, which means they have put their finances at risk. Those aged 25-34 are at greatest risk with more than a third (38%) confessing to accessing their accounts using public Wi-Fi compared to just under one in ten (9%) of those aged 55 and over.

One of the ways fraudsters are able to scam customers is using genuine information found in their emails. For example, they could see an exchange with a builder and learn you will be expecting an invoice to arrange payment. The fraudster will then send you an email posing as the builder from a near similar email address, but include their account details where they can then access the money. More than half (56%) of those surveyed said they had accessed their emails via public Wi-Fi, putting themselves at greater risk of falling victim to invoice scams.

Matt Rowe, Nationwide’s Director or Cyber Security said: “Routers play a vital yet unglamorous role in the vast majority of homes up and down the country, as they sit behind televisions, in cupboards and generally hidden from sight. But we also appear to be taking them for granted when it comes to security. This means that for many of us, we are putting our data and finances at risk by failing to change and update passwords and run updates.

“We lead increasingly busy lives and we demand access to the internet at all times, meaning we will often look to use public Wi-Fi. However, this is far more easily spoofed or hacked by cyber criminals and, if you access your personal information, including your bank accounts, you could potentially be opening the door to them getting access to your personal data and money. Cyber criminals will always go for the easy target, so protect yourself to avoid becoming a criminal’s next payday.” 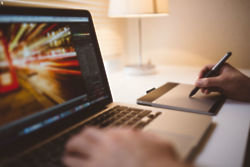 Leading women in the igaming industry in 2021 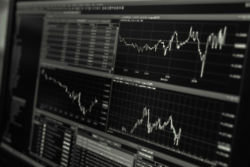 What are the active trading strategies used by successful traders? 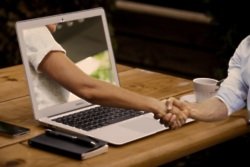