Melanie Blake on her struggle to get The Thunder Girls published, and the hit stage show [EXCLUSIVE]

For decades, Melanie Blake has been pitching her novel The Thunder Girls to publishers. As each denied her a chance, her will to get it out to the public only grew stronger. That determination meant that the book was finally published on July 9th, 2019.

Now, with a sell-out show (based on one chaotic and dramatic chapter of the book) at The Lowry in Salford currently underway, and a nationwide tour to follow, Blake is experiencing huge success.

We got the chance to put some questions to the author all about her novel, stage show and more! Read on to hear what she had to say...

Your new book The Thunder Girls is absolutely stunning readers! How have you found the response?

I've been absolutely overwhelmed by the response! To think that for 18 years no one wanted to print it, as they said a book focused on a group of women over 50 wasn't relevant and then to finally see it become a bestseller, was a real moment of satisfaction.

I've been so touched by the response to me as well! I was nervous about stepping out from behind-the-scenes as I know what a tough world it is now with all the trolling and online hate you get in the media eye - but I've had nothing but positivity towards me and the book, so all in all it's been an amazing experience and I'm very grateful.

How excited are you for people to see the action take place on stage this month?

Seeing the audiences watching the show will be the highlight of all of it for me. Because I have been in rehearsals I've seen how amazing the actresses are and they truly are giving the performances of their lifetimes. The people who get to see the world premiere preview of the show won't forget it - of that I am sure. There's just something magic in the way the women connect that is so real - you get lost in the moment and feel like you are eavesdropping on the ultimate dinner party from hell - but as bad as it gets you don't want to leave!

For those unaware, what should they expect from the story?

Well the theatre shows focuses on one chapter from The Thunder Girls novel - which is essentially the reunion dinner where the girls meet after 30 years apart to discuss a massive offer that's been presented to their old record label: for them to reunite for a handful of enormous gigs with pay packets to match. The problem is they absolutely loathe each other... and when I say loathe I mean they hate each other's guts.

I got the inspiration for the book and show during my years as a music manager, when I saw that when bands only get back together for the price of a cheque, there is always trouble behind the scenes...

It’s like asking a parent to pick a favourite child, but if you had to pick your favourite Thunder Girl, who would you choose and why?

I can't! Chrissie, Roxanne, Carly and Anita are all unique and I think the audiences will be torn to pick a favourite.

There are some brilliant British talents in the show - how involved were you in the casting process?

Yes! My producing partner Angela Squire and I did all the casting. We were very lucky, once the word got out that there was a show with four feisty female leads over the age of 50, we were inundated with massively well-known actresses wanting to audition for the roles, but we had a clear vision of who we wanted. We cast Beverley Callard, Coleen Nolan, Sandra Marvin and Carol Harrison because they were our first choices and luckily all four of them were available - it had to be fate!

The show is sold out at the Lowry in Salford, how did it feel to see all the tickets had flown out?

Another amazing feeling. So many promoters had told us when we were trying to get it off the ground that ‘it wouldn’t work’ or that ‘no one wants to see a show about a bunch of middle-aged women’, which just didn’t make sense to us. I think it was definitely to do with the class system - Calendar Girls which is a huge international hit is based on older women, but they are posh and our girls are working class - there’s a huge bias against working class women and people want to keep them ‘in their place’.

When we sold out and broke box office records for a new work we felt very proud that, although the industry might not have understood what we were trying to do, the audience, who we care about the most, totally got it.

Finally, what's next for you in the coming months following the show?

My next novel will be out next year and then The Thunder Girls will be touring nationally. I can’t wait for the rest of the UK to see what so far only Salford will have had the chance to experience!

For more information on The Thunder Girls, head to the official website by clicking here. 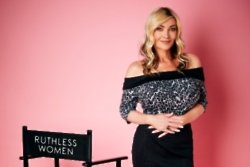 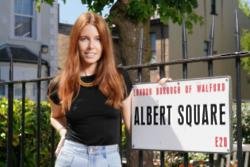 Stacey Dooley hits back at Secrets from the Square criticism 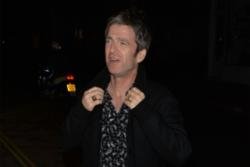