The Talk will return from hiatus without one of its founding members.

There has been a major shakeup behind-the-scenes at CBS chat show The Talk, with original founding panellist Sharon Osbourne deciding to leave the series after a conversation surrounding racism got heated earlier this month (March 2021).

In that conversation, Osbourne continued to defend her friend Piers Morgan, who left his role on Good Morning Britain after accusing Meghan Markle of lying about her mental health struggles and other accusations that were levelled at her husband Prince Harry’s family.

Though the statement released opened by saying that it was Osbourne’s decision to leave, the network’s later comments hinted that she may have been pushed to resign, rather than choosing to do so off of her own back.

Sharon Osbourne is leaving "The Talk"

In a statement, CBS says she is leaving and "The Talk" is returning with new episodes on April 12

CBS says her behavior towards her co-hosts "did not align with our values for a respectful workplace."https://t.co/jmkos23Qa9 pic.twitter.com/lrt1Xdasul

Many were happy to hear that Osbourne wouldn’t be returning to the series, which has been on an extended hiatus since the “upsetting” broadcast took place.

There was of course also those who defended Osbourne, challenging the decision as “absurd” and falling back on the predictable “freedom of speech” defence.

After a decade of racist remarks and defending racist remarks, CBS has confirmed that Sharon Osbourne will no longer be on ‘The Talk.’

As for Meghan Markle? She stays winning.

Not Sharon Osbourne and Piers Morgan losing their jobs because they didn’t mind their business with Meghan and disgraced themselves 😭😭😭😭 Her power. I stan.

Meanwhile, fans of Kanye West’s shoe line Yeezys were excited to find out that the adidas Yeezy Foam Runners had dropped on the Confirmed app.

They sold out extremely quickly, but there were many trying to buy the sneakers who were surprised at their luck!

My luck been on some new shit recently. Shout out to @adidasUS Adidas Confirmed it’s LIT! Foam Runners secured. pic.twitter.com/nPofLnppGG

i won a pair of foam runners on adidas confirmed, i can sleep peacefully now

Elsewhere, the thirst for actor Seth Rogen went into overdrive when Twitter users took to admiring the star for his non-stereotypical good looks.

New pictures of the actor were released, which seem to unleash the beast in fans both old and new!

Y’all just finding out Seth Rogen is hot. I BEEN knew! 😤😤❤️ pic.twitter.com/TpQ1orlLvZ

Everybody’s freaking out over Seth Rogen’s new photos like he hasn’t been a baddie since Freaks & Geeks 😏 pic.twitter.com/zYLdTTDLWw

With the return of Celebrity Social Buzz today, we’ve got some sad news in from Lewis Capaldi, who has made the tough but likely correct decision to push back his string of tour dates, so that he can focus on making his upcoming sophomore studio album the absolute best it can be.

The singer took to his social media to announce the news, highlighting that whilst there is a positive future ahead despite the coronavirus pandemic, he will still have to make some adjustments to his schedule so that his fans can see him perform at his very best… 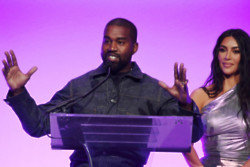 Prince Harry: I won't pass down my trauma to my kids 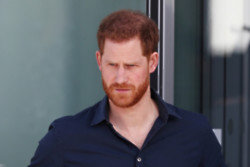