Time for one of our favourite honours at the Female First Awards: it's Athlete of the Year. We can't begin to describe how much respect we have for every one of these women we've nominated this year. Each have made their mark on the sporting world in a way that proves the true power and strength of womankind...

She's the captain of Reign FC in the National Women's Soccer League (NWSL) and the United States women's national soccer team (USWNT) and this year has already seen Megan Rapinoe win Best FIFA Women's Player for her part in the team's victory at the 2019 FIFA Women's World Cup, among other honours. She's also the oldest woman to score in a World Cup final, though she is only 34.

But that's not all she's done this year. As an LGBTQ+ icon she co-founded the gender-neutral lifestyle brand Re-inc with Christen Press, Tobin Heath and Meghan Klingenberg, advocating inclusion and equality within the sporting world. In her fight for equal pay, she also joined 27 of her teammates in filing a lawsuit against the United States Soccer Federation for gender discrimination.

Imagine being just 15-years-old and beating your idol at their own game when you've only been playing professionally for a year. Cori "Coco" Gauff didn't have to imagine it because she lived it when she won straight sets against tennis veteran Venus Williams at Wimbledon earlier this year and became the youngest female ever to qualify for a Grand Slam tournament main draw.

Coco had already had a stellar first year, winning the junior Grand Slam singles title at the 2018 French Open over Caty McNally, with whom she later partnered to win the doubles title at the 2018 US Open. She kicked off this year's success with her Women's Tennis Association (WTA) Tour debut in March at the Miami Open, winning her opening match. She might idolise Venus and Serena Williams, but she herself is an idol for teens all over the world.

She's only 24-years-old and she's been winning titles since she was 15, and yet through all her intense training she still managed to study history at King's College London and graduated with a BA (Hons) in 2017. If anyone is an example of pure commitment and hard work, it's Dina.

Another British record-breaker is 26-year-old heptathlon champion Katarina Johnson-Thompson, who set a new British record with a score of 6,981 points at the 2019 World Athletics Championships. She also won Gold for the Pentathlon at this year's European Indoor Championships in Glasgow.

Among the Liverpudlian's other record-breaking feats over the span of her career are the British record for the women's pentathlon (5,000 points) and the British high jump records (1.98 metres outdoors and 1.97 metres indoors). Katarina has certainly come a long way since competing at the 2012 Summer Olympics with the likes of Jessica Ennis and Louise Hazel.

Representing the impressive world of women's rugby is 31-year-old Kendra Cocksedge. She helped bring New Zealand to victory in the 2019 Women's Rugby Super Series as their top point scorer with 45 points over the course of the competition. She's been playing for the New Zealand national team, the Black Ferns, and the Canterbury Women's Provincial Team since 2007 and first entered the Women's Rugby World Cup squad in 2014.

She was the top point scorer in the 2015 Women's Rugby Super Series, earning her the title of New Zealand's Women's Player of the Year. She is the face of women's rugby and we love her for it.

And the winner is... 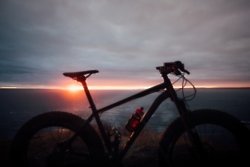 Five of the best female mountain bikers ever, from Anne-Caroline Chausson to Juli Furtado 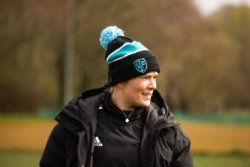 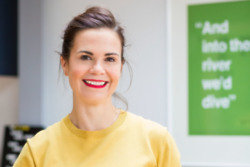