Former Republic of Ireland and Tottenham footballer Andy Reid has thrown his weight behind the Balls To Cancer campaign that aims to break down the taboos that stop the important conversations that are needed around this sensitive subject.

More than 200,000 men in the UK and Ireland are likely to be diagnosed with cancer this year, with men notoriously reluctant to confront the issue as they avoid going to doctors to get themselves checked out.

Yet Dubliner Reid hopes his voice can now resonate with men of all ages, as he believes we need to open up the discussion about all types of cancers and tackle the problem head-on.

“We need to break the fear of mentioning cancer or talking about the subject because that is part of the problem with men’s cancers,” Reid told Female First.

“However, there would be a lot of people reading this who might be uncomfortable having conversations with their mates or even their kids about this subject, but it doesn’t need to be like that.

“I have no problem having a conversation with my eight-year-old about these issues and no parent should be afraid to bring the subject up cancer can affect people of all ages and we need to be aware of the dangers.

“If you catch cancer early, a lot can be done to cure them and my message to all men reading this is we need to get ourselves checked out if we find something wrong because there is no need to feel embarrassed to go to the doctor.

“We don’t need to be uncomfortable talking about this subject and having all lived through what we have lived through in the last few months with Covid-19, we should be more open and honest about health issues that affect all of us and that’s why I decided to get involved in this campaign.”

Balls To Cancer founder Mark Bates told Magazine+ that his biggest challenge running the charity over the last decade has been convincing the media to give coverage to his charity due to what is perceived to be a controversial name.

“For far too long, we have pushed men behind closed doors and not encouraged them to confront cancer and that is the driving force behind this charity,” Mark told us.

“I get a lot of sniggers from people when I saw our charity is called Balls To Cancer, but it shouldn’t be like that.

“Woman have no problem talking about breast cancer or going for smear tests, but it is still taboo for men talking about checking their balls and we need to get rid of this perception.

“This is a really dangerous issue because the only way to beat cancer is to catch it early and deal with it and we need to get that message out there to as big an audience a possible.”

Balls To Cancer offer free chemo packs containing many things to help those dealing with the side effects of chemotherapy and radiotherapy, while also giving sufferers a chance to avail of their caravans that offers breaks away for those coming to terms with the fall-out from a cancer diagnosis.

Yet Reid believes the driving force behind the charity is to break down barriers that block men from confronting their demons, as he hopes to use the platform football has given him to promote the cause.

“If I’m being honest, I have only started checking my balls for the last three or four years and that is wrong,” he continues.

“Men tend to sail through life and ignore problems that might come their way, whether it is a mental health issue or if they are feeling unwell.

“If there is a problem, we tend to hope it will go away rather than doing something about it, but that is often the worse thing you can do.

“All men should check themselves a couple of times a week, there is no reason why we can’t do it, but there is an embarrassment factor there and we need to rip that away.

“I’ve had loads of family members affected by cancer and it really stuck with me. My Nanna had really bad cancer and I never forget what she went through.

“Two of my uncles died of throat cancer and one of my aunties died of lung cancer and it would be great to get behind a campaign that wants to get a conversation started on all cancers.

“One of the reasons I decided to get involved with Balls To Cancer was because I felt I could have used the platform football gave me during my career to promote charities like this.

“When you are in the game, you are so focused in on playing and I never really embraced social media and highlighting causes that mean so much to all of us.

“I work with a lot of young lads at Nottingham Forest and I am always keen to remind them how fortunate they are to be involved in football and to have a life in front of them that is full of optimism.

“Since I moved into coaching, I realised the need do more to embrace all aspects of life as that is what you need to do when you are working with young people who are still shaping their own lives.

“When you see some other people of their age struck down by cancer, it reminds us all how lucky we are and how much of an impact we can have if we use our position to give something back to people who are not as fortunate as us.”

For more information, check out - https://ballstocancer.net 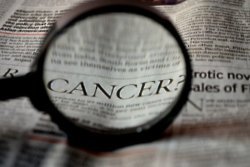 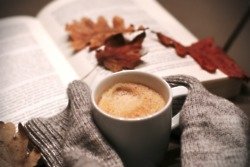 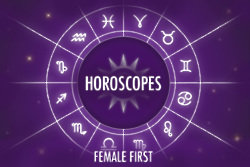