A day in the life of cancer survivor and London Marathon runner, Paula Boston

I never thought I would be able to run a marathon. After questioning whether you will live to see another year, you don’t tend to think of that sort of thing.

In 2007, I had lost every single woman in my family to cancer, none of which had lived past 62. Genetic testing revealed that my chances of developing the disease were significantly higher than the average woman of my age. After much soul searching, I decided to have a preventative mastectomy. However, it did not go to plan. My reconstruction failed and I was left with exposed wounds and horrific disfigurement. As if this wasn’t bad enough, at a follow-up appointment, I was told that I had been too late and that the tissue they had removed had been cancerous already.

To say in that moment my entire world fell apart would be an understatement. During this time, a day in my life was about going from appointment to appointment. I didn’t go to work anymore, my routine completely changed. I lost my confidence and had to learn to dress to make the most of what I had left and how to handle people making comments about my scars if I wore a pretty camisole in summer. Two years later I was given the all clear, but the effects that the cancer has had on me are so much more than the physical scarring. There are now two versions of me, before cancer and after cancer, because it changes who you are.

From the moment I was diagnosed with cancer in 2009 right up until today, I have always had my Macmillan psychologist, Annie. Annie has supported me and my family, held my hand, sat through consultations, written letters to employers, and generally gone above and beyond. At times she has felt like the difference between surviving and not and is a huge reason why I decided to run a marathon.

Today my daily life looks a little different to when I had cancer. I applied to run the London Marathon for Macmillan because I was sick of feeling invisible and I wanted the challenge.

Now I go out running three times a week with my partner’s daughter, Louise, at our local park, and we will do a circuit for about 50 minutes. I am an early bird, so I wake up at 5am and try to force down some breakfast - usually porridge, but I hate it! I am a grandparent, so in-between looking after the grandchildren, seeing my family and walking the dogs, I try and squeeze in a run when I can.

I started my marathon training by jogging and tried [running] 5K, but struggled even to get to 1k, let alone five! Over time I’ve built up stamina, going from 5k to 10k and beyond. In October we managed to complete 10 miles which felt monumental, and even managed to complete a half marathon in December! More recently we even reached the magic 20 miles! I don't mind admitting that we had a few tears along the way and both of us are nursing a few injuries, which mean I also seem to spend a fair bit of time taping up my legs and ankles at the moment!

How I will find the other six miles is beyond me, but I know on the day I will do it. Sheer determination and stubbornness will get me across that finish line. Completing the London Marathon will be the biggest achievement imaginable, physically and emotionally.

I’m running for two important reasons. First, I want to make my family proud and thank them for all their unwavering support. Secondly, I want to give something back to all those Macmillan nurses who are there every single day to pick people like me off the floor and put the pieces that cancer leaves behind back together.

Paula Boston is running the 2019 London Marathon for Macmillan Cancer Support as part of #TeamMacmillan. Take on your own challenge event to help Macmillan be right there with people living with cancer www.macmillan.org.uk/challenge 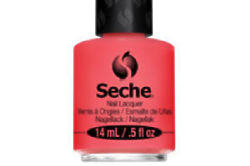 Celebrate the London Marathon with lookfantastic,com and get 26% off selected products! 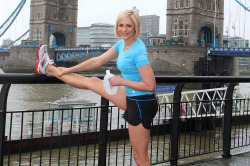 Jenni Falconer talks to us about running the London Marathon 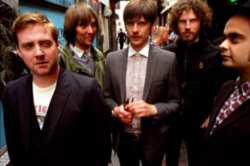