Only five people have gone all the way on the ITV quiz show.

Only a select few contestants have walked away with the grand prize on Who Wants To Be A Millionaire. 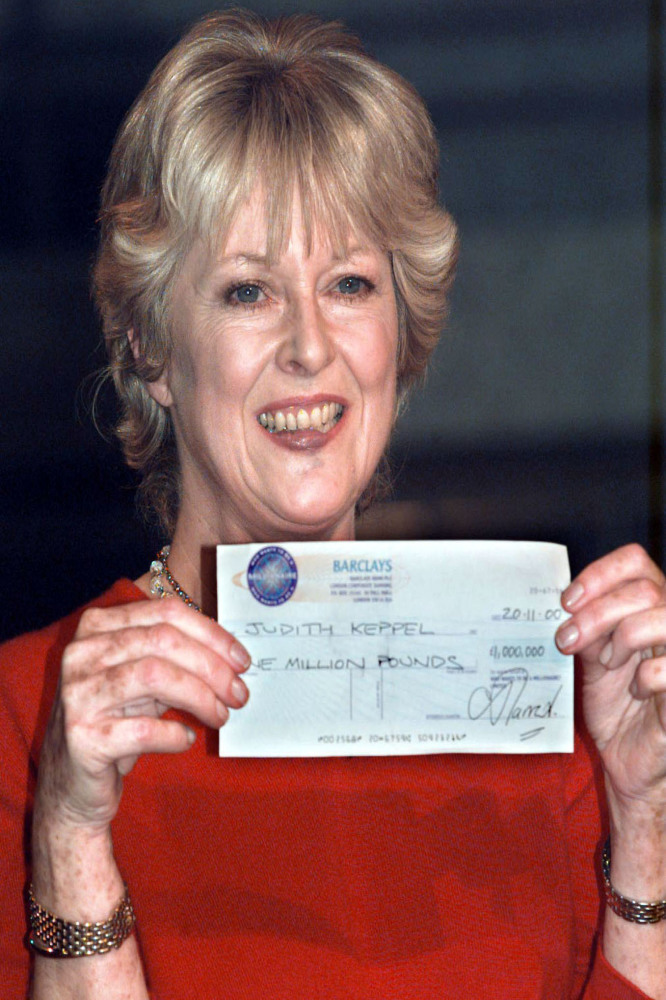 Since Judith Keppel became the first UK winner in 2000, just four others have followed in her footsteps.

Charles Ingram also went all the way in September 2001 but infamously never received his prize money after being accused of cheating in the so-called "coughing major" scam.

Another contestant, Andrew Townsley, came close during Tuesday's episode and would have been the first winner since 2006.

Here is a list of winners and their million-pound questions. The answers are at the bottom.

Judith Keppel was the first UK winner in November 2000. A distant relative of the Duchess of Cornwall, she has appeared on BBC show Eggheads since 2003.

Ms Keppel remains the only woman to have won Who Wants To Be A Millionaire.

Her winning question: Which king was married to Eleanor of Aquitane?

David Edwards was a member of Mensa and a winner of Mastermind so his triumph on Who Wants To Be A Millionaire in April 2001 should have perhaps come as no surprise.

He was the first male winner.

His winning question: If you planted the seeds of Quercus robur, what would grow?

Retired banker Robert Brydges stormed his way to the jackpot 11 days after the infamous coughing scandal had rocked Who Wants To Be A Millionaire.

He was also in the studio audience on the night Charles Ingram "won" the show.

His winning question: Which scientific unit is named after an Italian nobleman?

Pat Gibson crossed the millionaire winning post in April 2004, the fourth contestant to do so.

In 2018 he was ranked the number one quizzer in the world.

His winning question: Which of these is not one of the American Triple Crown horse races?

Ingram Wilcox won in September 2006 and remains the last UK player to do so.

The retired civil service worker had been a contestant on Mastermind.

His winning question: Which boxer was famous for striking the gong in the introduction to J Arthur Rank films?

And the million that was never claimed…

Who wants to be a Millionaire lookback

Perhaps the most infamous quiz show contestant in history, Ingram looked to have won the jackpot before being accused of cheating his way to the prize in September 2001.

The scandal was dramatised earlier this year in ITV's acclaimed series Quiz.

His final question: A number one followed by 100 zeros is known by what name?