Vivien Leigh Unhappy In The Afterlife

Deceased screen legend Vivien Leigh has been complaining about life after death, according to British psychic Dilys Gater. Medium Gater has written a 'psychic biography' about the Gone With The Wind beauty after allegedly communicating with the actress from beyond the grave.Gater says Leigh has moaned, "There aren't any working men's clubs or stand-up comics here."Leigh died of tuberculosis in London in 1967 when she was only 53.Leigh made her name in the 1939 adaptation of Margaret Mitchell's novel Gone With The Wind as Scarlett O'Hara alongside Clark Gable.The movie won ten Oscars including Best Picture and Best Actress for Leigh.Leigh went on to win a second Academy Award for her role of Blanche DuBois, alongside Marlon Brando, in A Streetcar Named Desire. 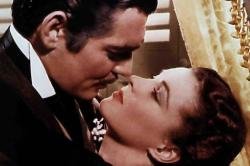