The Vampire Diaries and The Originals Filming Halted As Storm Hits

The severe weather conditions are causing problems everywhere; a winter storm has covered Atlanta with a sheet of thick snow and sleet causing Warner Bros. to shut down production of hit shows The Vampire Diaries which stars: Nina Dobrev, Paul Wesley and Ian Somerhalder and its spin off The Originals which stars: Joseph Morgan, Daniel Gillies and Claire Holt.

The extreme weather conditions aren’t all bad news with many of the cast posting photos of themselves and friends having fun in the snow over the past few weeks on Twitter and Insagram.

Some of the actors are clearly taking advantage of their time off, with The Originals star Daniel Gillies tweeted "Just whispered 'take your panties off' to a jar of peanut butter. #snowday."

The Vampire Diaries is currently filming its 18th episode which is being directed by star Paul Wesley, it's his first time sitting in the director's chair. – Michael Malarkey (Enzo) posted a photo on Instagram of the front cover of Episode 18th’s script naming Wesley as the director.

Both shows are expected to resume later this week but production could be impacted for some time as there is a winter storm advisory in effect.

Anyone else wishing they were that jar of Peanut Butter?

by Lois Almond for v5.femalefirst.co.uk 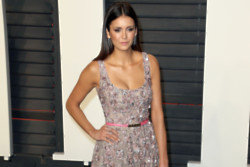 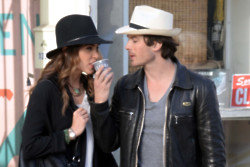 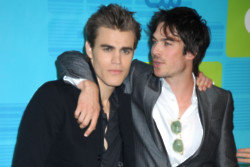