Flea, the bassist for rock band Red Hot Chili Peppers and a collaborator of Allen’s, confirmed he had died.

Tributes have been paid to the influential Afrobeat drummer Tony Allen, who has reportedly died at the age of 79. 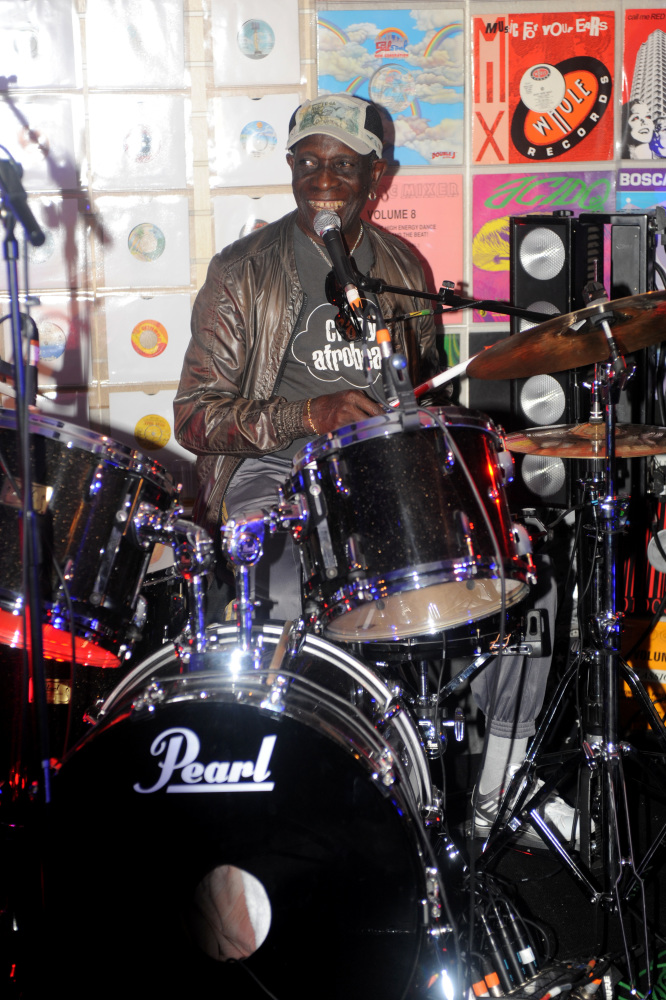 Flea, the bassist for rock band Red Hot Chili Peppers and a collaborator of Allen's, confirmed the news.

Nigeria-born Allen was a drumming pioneer who, along with the revered musician Fela Kuit, helped define the Afrobeat genre as part of the band Africa '70.

He was a frequent and longtime collaborator with Blur star Damon Albarn, with the pair joined by the Clash's Paul Simonon and Simon Tong of the Verve in super group The Good, The Bad And The Queen.

Rolling Stone said Allen died in Paris, though his cause of death is unknown.

Flea shared a lengthy tribute on Instagram, describing Allen as "one of the greatest drummers to ever walk this Earth".

He wrote: "What a wildman, with a massive, kind and free heart and the deepest one-of-a-kind groove. Fela Kuti did not invent afrobeat, Fela and Tony birthed it together. Without Tony Allen there is NO afrobeat."

Flea, who formed group Rocket Juice & The Moon with Allen and Albarn, described working with the drummer as "heavenly," saying "he was and still is, my hero".

He added: "With Tony's longtime musical collaborator, friend and champion, Damon Albarn, we jammed til the cows came home. We partied in Nigeria, we partied around Europe, and it was always about the music. Just grooving high, grooving deep. Tony Allen I love you, I'm so grateful to have had the chance to rock with you. God bless your beautiful soul."

Rapper Biz Markie compared Allen's influence on popular music to that of Bo Diddley, a pivotal figure in the transition from the blues to rock and roll.

He said: "Tony Allen's influence on popular music was so unsung and undercelebrated. Hard to find a more influential band than Talking Heads, whose best songs mostly involved riffs on Fela's rhythm — which was largely driven by the imagination, power & athleticism of those drums & grooves."

Sean Lennon, the son of John Lennon and Yoko Ono, said: "Another day another legend passes on. It's really incredible the rate at which we're losing them. Tony Allen R.I.P."

Allen was a self-taught drummer and did not pick up the sticks until he was 18. Despite coming to the drums relatively late, electronic music pioneer Brian Eno reportedly described him as perhaps the greatest drummer ever.