He is currently chief executive of BBC Studios.

Tim Davie will take a pay cut when he replaces Tony Hall as the director-general of the BBC. 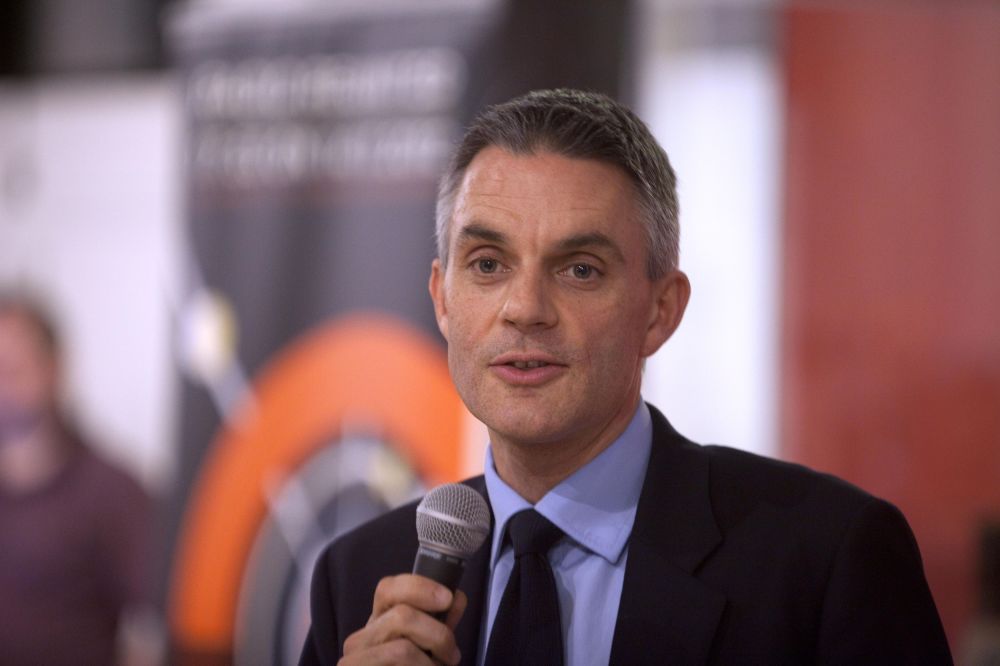 The chief executive of BBC Studios, the corporation's commercial production and distribution arm, will earn GBP 525,000 a year when he takes over the post, down from the GBP 600,000 he earned in 2018/19.

He has also agreed to take a salary stand-still and be paid the same as Lord Hall – GBP 450,000 – until August 2021, as all senior managers at the BBC are currently on a salary freeze.

Davie, who will be the 17th director-general, was among the favourites to replace Lord Hall since he announced in January that he was departing after seven years in the post.

Other contenders were reported to be BBC director of content Charlotte Moore, former Daily Telegraph editor Will Lewis and Amazon executive Doug Gurr.

Lord Hall's exit comes amid a turbulent time for the BBC, with the spotlight on a number of issues around equal pay, diversity, free TV licences for the over-75s and competition from streaming services such as Netflix, as well as the ongoing coronavirus crisis.

Lord Hall previously warned of a potential loss of GBP 125 million for the broadcaster as a result of the pandemic.

Davie was acting director-general for four months following George Entwistle's resignation in November 2012 before Lord Hall's appointment, and previously served as the corporation's head of audio.

Before joining the BBC in 2005, he worked in marketing at PepsiCo Europe and Procter and Gamble.

Davie, who will take over the job on September 1, said: "I am honoured to be appointed the BBC's next director-general.

"This has been a critical time for the UK and these past few months have shown just how much the BBC matters to people. Our mission has never been more relevant, important or necessary. I have a deep commitment to content of the highest quality and impartiality.

"Looking forward, we will need to accelerate change so that we serve all our audiences in this fast-moving world. Much great work has been done, but we will continue to reform, make clear choices and stay relevant. I am very confident we can do this because of the amazing teams of people that work at the BBC."

Sir David Clementi, chairman of the BBC board, said: "Tim has a strong track record as the CEO of BBC Studios and is one of the most respected names in the industry. His leadership and experience, both outside the BBC and within, will ensure that we are well placed to meet the opportunities and challenges of the coming years.

"Tim has an enthusiasm and energy for reform, while holding dear to the core mission of the BBC.

"We know that the industry is undergoing unprecedented change and the organisation faces significant challenges as well as opportunities. I am confident that Tim is the right person to lead the BBC as it continues to reform and change.

"My focus for the remainder of my own term as chairman, until February of next year, will be to ensure that there is a smooth and successful handover and that the BBC continues to serve audiences across the whole of the UK."

Lord Hall said: "I'm delighted that Tim has been appointed as the next director-general. He is a fantastic leader. I wish him every success for the future. I know that the BBC is in safe hands."

Culture Secretary Oliver Dowden congratulated Davie on his appointment, saying the newly announced BBC boss would have a "crucial role in making sure that it can deliver for audiences across the UK in a changing, fast-moving media landscape".

Mr Dowden said: "I have spoken to Tim on his appointment and I am encouraged that he has underlined his commitment to impartiality at the BBC as well as the need for further reform. I look forward to working with him in the months and years ahead."