The beloved children’s show is celebrating a major milestone.

Thomas The Tank Engine is 75. 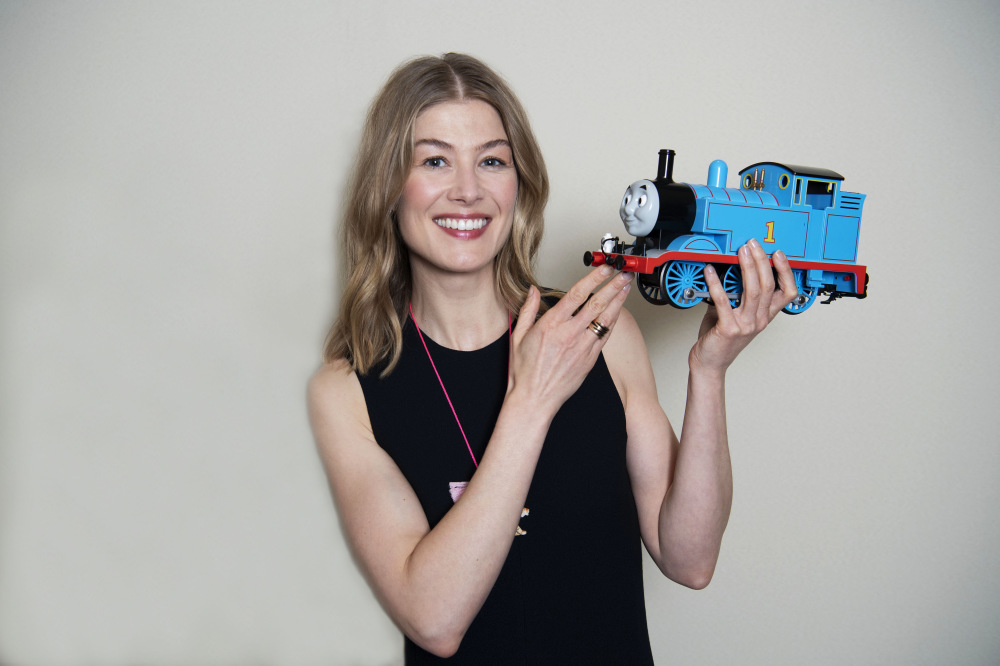 The beloved anthropomorphic steam engine, a favourite of generations of children, first appeared in the Reverend Wilbert Awdry's The Railway Series books, originally published in 1945.

The TV adaption arrived in 1984 and proved a hit with viewers, with the colourful cast of characters – including engines Thomas and Percy, as well as railway overseer the Fat Controller – captivating young audiences.

Thomas & Friends celebrates its 75th anniversary on Tuesday and to mark the occasion here are some of the show's best celebrity guests:

The former Beatle lent his distinctive Scouse brogue to the show as narrator, voicing the first two series in the UK from 1984 to 1986.

He left to focus on his music career and was replaced as narrator in the UK by Michael Angelis and George Carlin in the US.

James Bond star Brosnan traded his licence to kill for a more sedate role as narrator of 2008 film Thomas & Friends: The Great Discovery.

Speaking at the time, the actor said he was "thrilled by the opportunity to be the narrator for this beloved series."

Merlin is a 'stealth engine' who believes he has the power to make himself invisible.

Bonneville described the character as "rather enchanting".

Baldwin, known for his roles in Glengarry Glen Ross and The Hunt for Red October, replaced Carlin as narrator in 1998, taking the controls for the fifth and six series in the US.

He also starred as Mr Conductor in 2000's Thomas And The Magic Railroad.

Peter Fonda was another star who lent his voice to the movie.

Sir John boasted what was perhaps the most distinctive voice in British acting, so it was no surprise he was a hit on Thomas & Friends.

And he was not the only sprinkling of Hollywood stardust in the movie – Olivia Colman and Eddie Redmayne also featured.

Rosamund Pike and the Duke of Sussex

Harry provided an on-camera introduction to the episode and told of his "fond memories" of growing up watching the show.

Pike lends her voice to the royal train, called the Duchess of Loughborough.

Thomas went from Hollywood to Bollywood when producers cast Indian actress and model Desai in 2016.

Desai, whose film roles include The Best Exotic Marigold Hotel, described Ashima as "strong and adventurous".

The film involved Thomas breaking free of Sodor and embarking on a journey across the five continents – without the permission of the Fat Controller.

Andre also recorded the song Free And Easy for the film.