The Netflix series was inspired by the new branch of the US armed forces announced by Donald Trump.

Steve Carell has said his new Netflix comedy is politically "fluid" rather than "hyper-political." 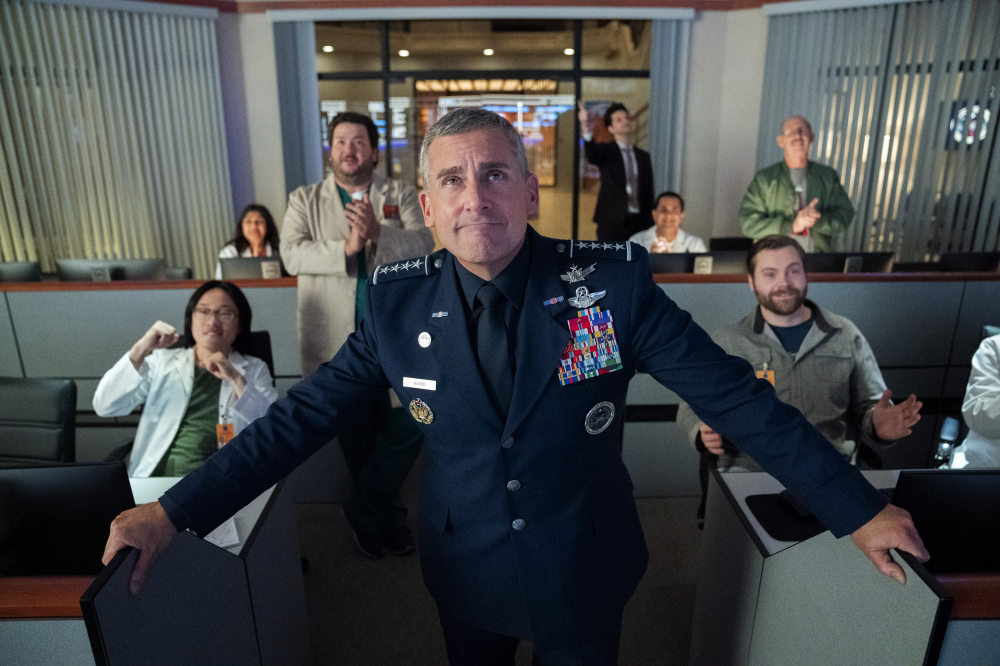 The workplace comedy is inspired by the new branch of the US armed forces announced by Donald Trump, and is about the men and women responsible for setting it up.

He said: "I don't think the intent of the show was to be hyper-political. The show is not apolitical, but I would say it's more political fluid, it gives time to both sides of the equation and there is fault and humour to be found on both sides of anything, so that was really more of our intent.

"But I don't think that's necessarily the case because sometimes the more subtle comedy that can be found in the microscopic adjustments of politics is actually funnier than these over the top comments on what's going on in our world.

"But it wasn't our agenda in any way, it's more of a workplace comedy than anything else."

Carell said it was "conscious decision" that the show, which he created with Greg Daniels – who was behind the US version of The Office, did not appear to be mocking the military.

He said: "Both Greg Daniels and I have close relatives and friends in the military, my dad was/is a WWII veteran, so there's a lot of ingrained respect for the military.

"The show itself… you know, we had no axe grind that way, but I think it was fertile in other ways, in terms of creating an environment for some comedic situations. So it certainly wasn't our agenda to make fun of the military, but just to use it as a backdrop for this kind of comedy."

He added: "I want it to be fun. Greg and I, when we first started creating this, didn't want to do anything too heavy handed or alienating.

"We wanted to make some points, we wanted to have some fun, we wanted to be mildly satirical, but most of all we just wanted it to be a fun, funny show that people can sit down and laugh with. So if that's the takeaway, then I'd be happy."

Space Force will be available on Netflix on May 29.