It was one of a number of music items to go under the hammer. 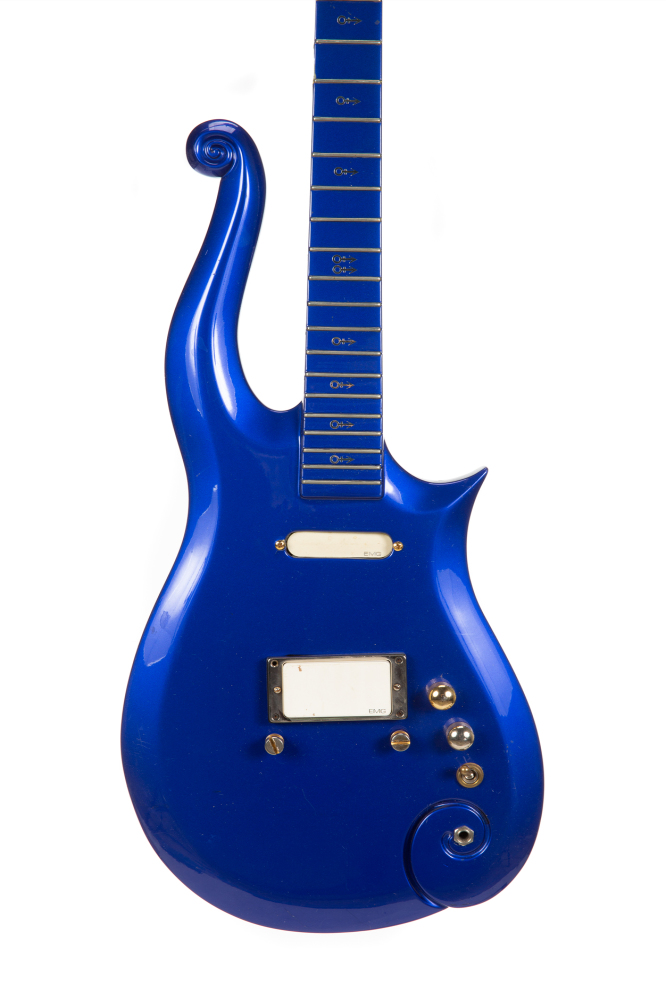 The custom-made instrument – which auctioneers originally mistook for a far less rare guitar before its true value became known – had accompanied Prince for some of his best-known tours and performances.

It was sold in Beverly Hills on Friday as part of Julien's Auctions Music Icons event. Auctioneers told the PA news agency the buyer wished to remain anonymous.

Other highlights included an ivory macrame belt worn on stage by the King of Rock and Roll Elvis Presley – that fetched a staggering 298,000 dollars (about GBP 241,000), nearly thirty times its original estimate of 10,000 dollars.

Another eye-catching sale was an ivory satin halter gown worn by Madonna in her 1990 Vogue music video. An anonymous buyer paid 179,200 dollars, about GBP 145,000.

That was almost nine times its original estimate of 20,000 dollars.

An acoustic guitar belonging to country music star Johnny Cash and signed by Cash, Willie Nelson, Waylon Jennings and Kris Kristofferson, members of the country supergroup The Highwaymen, sold for 57,600 dollars (about GBP 46,600).

When Julien's Auctions originally announced the sale of Prince's guitar, it was unaware of how rare the item was.

It was only when contacted by John Woodland, who performs conservation work on Prince's guitars, that it became clear what it was.

CT scans and extensive research verified the guitar was in fact The Purple One's beloved Cloud 2, which many had considered long lost.

Julien's Auctions told Rolling Stone it had been in a private collection since the 1990s and the owner was not aware of its exact history.

It was gifted to the now former owner by Prince. The instrument is considered hugely important by fans of the singer, who died in 2016 at the age of 57.

He played it during his 1980s tours for Purple Rain, The Parade Tour, Sign O' The Times and Lovesexy, among other famous appearances.

The guitar used by Nirvana frontman Kurt Cobain during the band's famous MTV Unplugged in New York concert is going under the hammer, with a starting estimate of one million dollars (GBP 810,000).