The guitar used by Nirvana frontman Kurt Cobain during the band's famous MTV Unplugged in New York concert is going under the hammer, with a starting estimate of one million dollars (GBP 810,000). 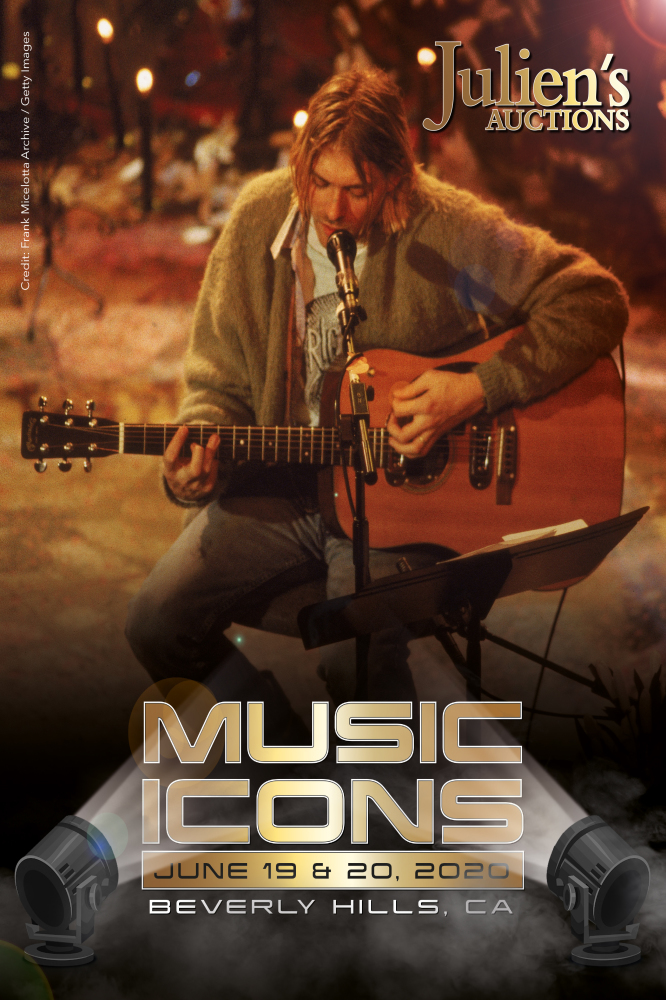 The 1959 Martin D-18E featured in the grunge groups's performance in November 1993, five months before Cobain's death at the age of 27.

Nirvana's Unplugged performance remains one of the band's best-known, while the accompanying album is widely acclaimed.

Darren Julien, president and chief executive officer of Julien's Auctions, said: "Julien's Auctions is proud to offer this historic guitar from Kurt Cobain, who upended the music industry and pop culture at large with his mythic performance fronting Nirvana on MTV Unplugged in New York.

"This important guitar has earned its rightful place in rock 'n' roll history as the instrument played by one of rock's most influential musicians and icons in one of the greatest and most memorable live performances of all time."

Cobain's guitar comes with the original hard-shell cased decorated by the singer-songwriter with a flyer from the punk rock band Poison Idea's 1990 album Feel The Darkness.

Three baggage claim ticket stubs are attached to the handle, along with an Alaska Airlines sticker affixed to the case and the storage compartment contains Cobain's half-used pack of guitar strings, picks and a suede "stash bag".

Along with the Unplugged guitar, the Music Icons sale will feature other Nirvana lots included a Fender Strat used by Cobain during the 1994 In Utero Tour and the silver lame shirt he wore in the Heart-Shaped Box video.

Last year, the cardigan he wore during the Unplugged performance was sold by Julien's Auctions for a record 334,000 dollars (GBP 271,000).

The Music Icons auction will take place live and online in Beverly Hills on June 19 and June 20.