The film, based on Gregg Allman's New York Times bestselling biography My Cross To Bear, will start shooting in Savannah, Georgia later this month (Feb14). 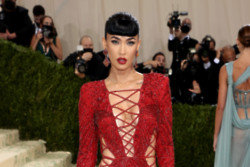