The Sopranos actress Kathrine Narducci has joined the cast of Clint Eastwood's adaptation of popular musical Jersey Boys , according to U.S. reports.

Lou Volpe has been cast as the singer's dad, alongside Christopher Walken, Steve Schirripa and Vincent Piazza.

And Erica Piccininni will reprise her role of Lorraine from the stage version of Jersey Boys on the big screen, opposite John Lloyd Young who will be back as Valli. 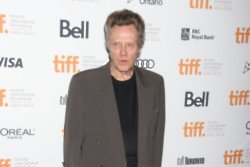