Derek Draper has been in hospital for 10 weeks.

Kate Garraway has said coronavirus has "wreaked extraordinary damage" on her husband Derek Draper and she does not know if he will ever recover. 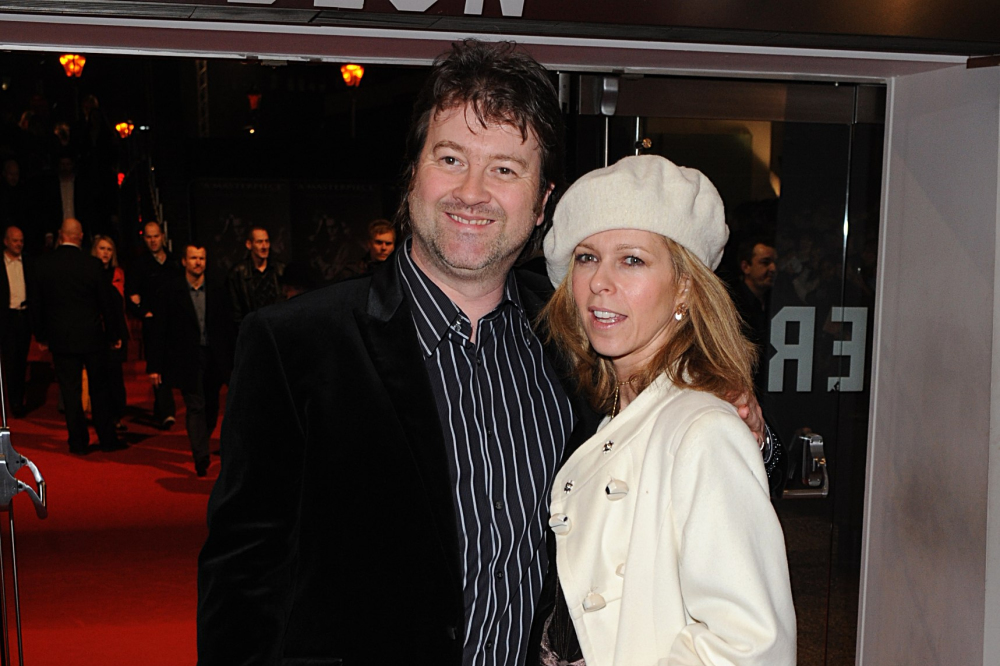 The Good Morning Britain presenter said Draper, who has been in hospital for 10 weeks with the illness, told her "you saved my life" before he was put into an induced coma by doctors on April 5.

Speaking to her colleagues on ITV's GMB from her London home, Garraway warned: "There will be tears," as she described the "extraordinary battle" he is fighting.

She added: "The fact that he's still here and holding on, I'm so grateful that he is still here.

"He's very, very sick and as time goes on it's a virus, it's a little bit like a computer virus, the doctors manage one bit extraordinarily well and there seems to be hope and then there is something else.

"It's affected him from the top of his head to the tip of his toes."

Garraway said Draper is now testing negative for Covid-19 but is still very ill, adding: "The fight with the virus has been won and he's still here but it's wreaked extraordinary damage on his body and we don't know if he can recover from that."

She said she was encouraged by her colleague Piers Morgan to treat Draper's illness like a breaking news story and gather all the information she could and get to work helping him.

Garraway said: "That gave me a job, that gave me that breaking news mode when something awful happens and you have to not think about the emotion of it.

"I think about two weeks ago I probably did crash because you can't stay like that forever and the problem is I have huge hope and massive positivity and will never give up on that because Derek is the core of my life, but I have absolute uncertainty and the doctors don't know because they have never seen this before.

"One doctor said to me he's the worst affected person he's had to treat that has lived, thank God he's lived so far."

Garraway said she has also had coronavirus "mercifully mildly", adding: "There was a couple of days when I thought, 'God, what happens if I get really sick?'

"Other people have it more seriously, and have to go to hospital and recover and there are some people whose lives are taken."

She continued: "It is an absolute miracle that he's here and I keep saying I know I've had a miracle but if I could just have one more."

Garraway said Draper had been feeling unwell with a painful shoulder before he was taken ill and then on March 29 she came home and he told her: "I'm struggling to breathe."

She added: "I did whatever anyone who works at GMB does, I rang Dr Hilary (Jones)."

After doing some breathing tests, the doctor told Garraway she needed to call an ambulance.

She said: "I helped him down the stairs and put him in the ambulance and put a mask on him. He said to Darcey and Billy (their children), 'you're the best children anyone could ever ask for, look after Mum and be good for her', and went into the ambulance and that was it."

Describing the days before he was put into a coma, she said: "He was very bad, he couldn't really speak to me, he was begging me, saying 'I can't stand this, I feel like I'm suffocating, I can't take it, please let them put me in a coma'."

Garraway said the doctors eventually put him in an induced coma on April 5 and she spoke to him beforehand, adding: "He just said, 'I love you, I'm sorry I have to leave you'.

"I said, 'It's only for three or four days. You're going to be fine, this is good, it will allow you to rest', and he said, 'You saved my life' because I think he thought I persuaded the doctors to put him in the coma, and he said 'I don't just mean now, I mean being married to you, the children, you saved my life', and I said 'I love you, I love you' and that was the last time I spoke to him."