Jenny McCarthy thinks Donnie Wahlberg "brings out the best" in her.

Jenny McCarthy insists she and husband Donnie Wahlberg are still in the honeymoon period of their relationship.

The former 'View' co-host and the New Kids on the Block singer tied the knot in August after 13 months of dating and the blonde beauty, 41, insists the honeymoon period still hasn't worn off between them. 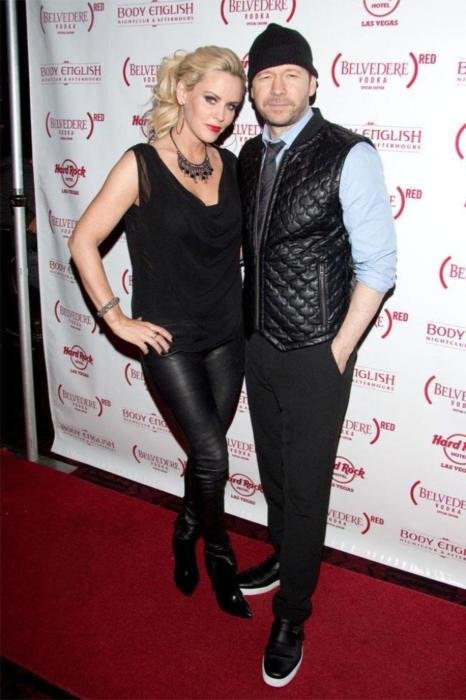 Jenny McCarthy insists she and husband Donnie Wahlberg are still in the honeymoon period of their relationship.

Speaking to PEOPLE.com, she said: "Every night when we go to bed and I climb in bed and I see him laying there, I go, 'The feeling I get crawling in bed with you every night is like when I was little and my mum used to say your best friend can sleep over tonight.'

"He definitely brings out the best in me, and I think I do the same for him."

However, it's not just Jenny who is thrilled she married the man of her dreams as her 12-year-old son Evan, with whom she has with ex-husband John Mallory Asher, is glad he has Donnie, 45, as his step-father.

Jenny, 41, explained: "I had a conversation with Evan, saying, 'How's it going with Donnie as your stepdad?' And he said, 'You know, I finally feel safe.'

"And to me as a single mum, it felt like I did my job - not only really holding out to find the best stepdad for him, but also for me, the best husband out there."