Paramore frontwoman Hayley Williams and New Found Glory guitarist Chad Gilbert have got engaged after he popped the question on Christmas Day (25.12.14). 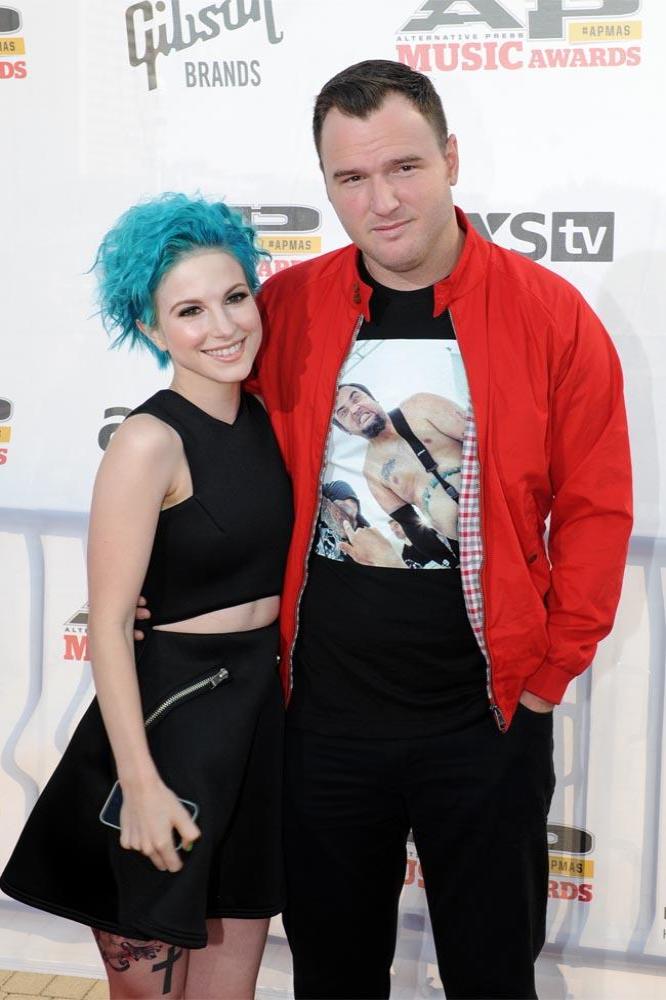 Hayley Williams and Chad Gilbert have got engaged.

The New Found Glory guitarist popped the question to the Paramore frontwoman - who he started dating in 2008 - on Christmas Day (25.12.14) and the flame-haired beauty took to her Twitter account to share the news with her fans by posting a picture of their heads super-imposed on the bodies of a couple on their wedding day.

She added the caption: "Hey guess what?"

Chad - who married Indie rocker Sherri DuPree in February 2007, but divorced her later that year - also posted the same picture and revealed further details about his proposal, writing: "Popped the question on Christmas Day! #micdrop (sic)"

Hayley was inundated with messages from her followers and fellow singer Taylor Swift was one of the first stars to congratulate the couple on their happy news.

Following the flurry of congratulatory messages Hayley admitted she couldn't wait for 2015.