Guitar From Prince’S Prime Sells for Huge Sum At Auction 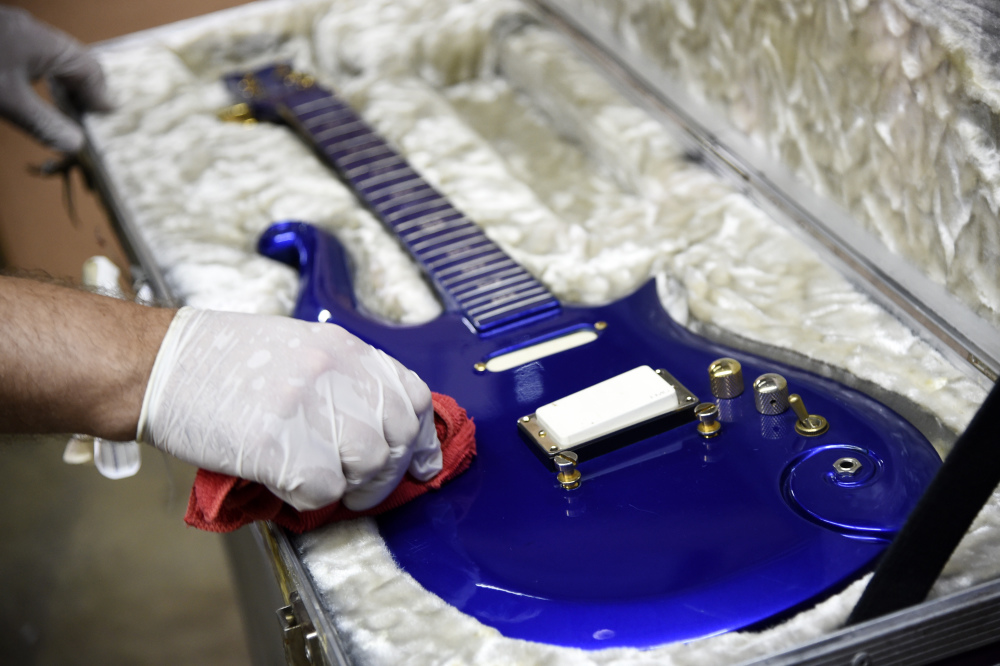 Guitar from Prince’s prime sells for huge sum at auction

Prince played the blindingly blue guitar with the artist's "love" symbol on its neck beginning on the 1984 Purple Rain Tour, on the classic albums Lovesexy and Sign O' The Times.

Archivists going through Prince's possessions at his Paisley Park home and musical headquarters in Minnesota recently found the guitar that was thought to be lost during the four years since his death from an overdose aged 57.

The identities of the buyers were not revealed.