Kim is widely considered one of the greatest villains in British soaps. 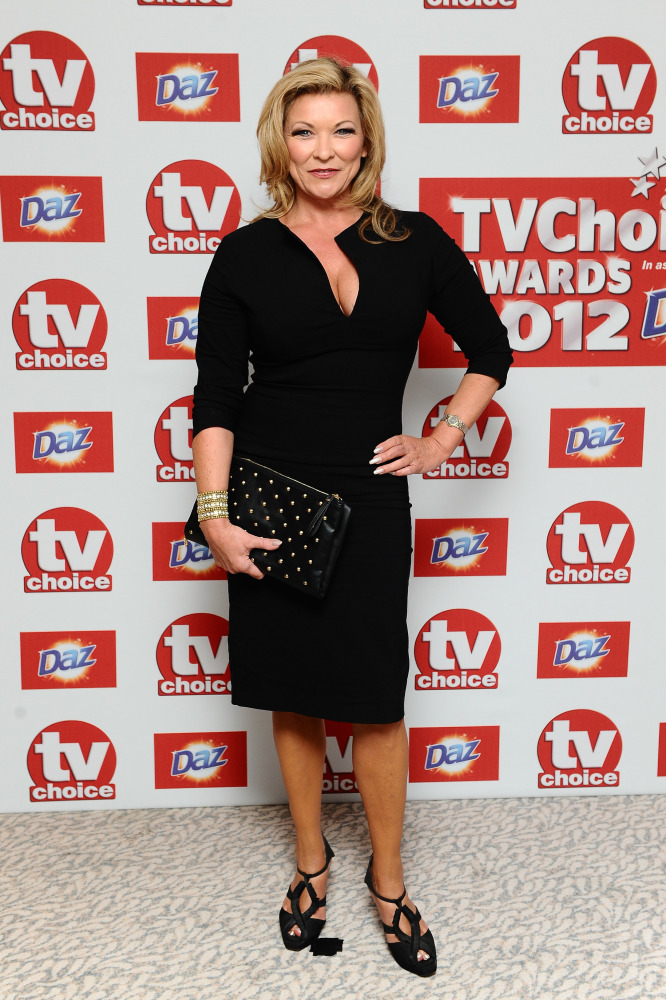 Scheming Kim is regarded as one of the best villains in British soaps, thanks in part to her dysfunctional marriage to businessman Frank and her strained relationships with stepchildren Chris and Zoe.

Her original spell in Emmerdale, from 1989 to 1999, had her involved in some of the show's biggest storylines, including affairs, a faked death and blackmail.

Kim's ruthless nature led to comparisons to Dame Joan's Alexis in glamorous US soap Dynasty. Alexis often ranks as among the greatest villains in US TV.

But King has now revealed she did not base Kim on anyone, saying she was perhaps closest to Faye Dunaway's character from 1983 drama The Wicked Lady.

"Obviously Joan Collins is known really globally as 'the classic soap bitch' because Dynasty was syndicated to so many countries. But we never based Kim on anyone," she said.

"It was very organic, if there were to be any comparisons to others at that time, I'd say she was more like the Faye Dunaway character from The Wicked Lady, which was one of my all-time favourite characters and I role I'd still love to play."

King added: "Kim was empowering and strong and basically could demolish men with a withering look but she's also very direct and honest in many ways.

"She says and does things that other people might think, but wouldn't dare do. Sometimes it goes one step too far but that why people love to hate her!"

King is looking back on her first spell on the soap as some of Kim's classic episodes are streaming on ITV Hub. She revealed she considers Dave Glover – with whom she had an affair – as the character's true love.

"I honestly believe that he was," she said.

"I think she still believes that it was possibly Dave's baby. Frank went to get a test done but he had to bribe them so there's still that grey area although Jamie thinks Frank's his father and Kim's let that ride. I think in her heart of hearts she still thinks there's a possibility it could be his. He was definitely the love of her life up until Graham."

Classic Emmerdale is currently playing on the ITV Hub.