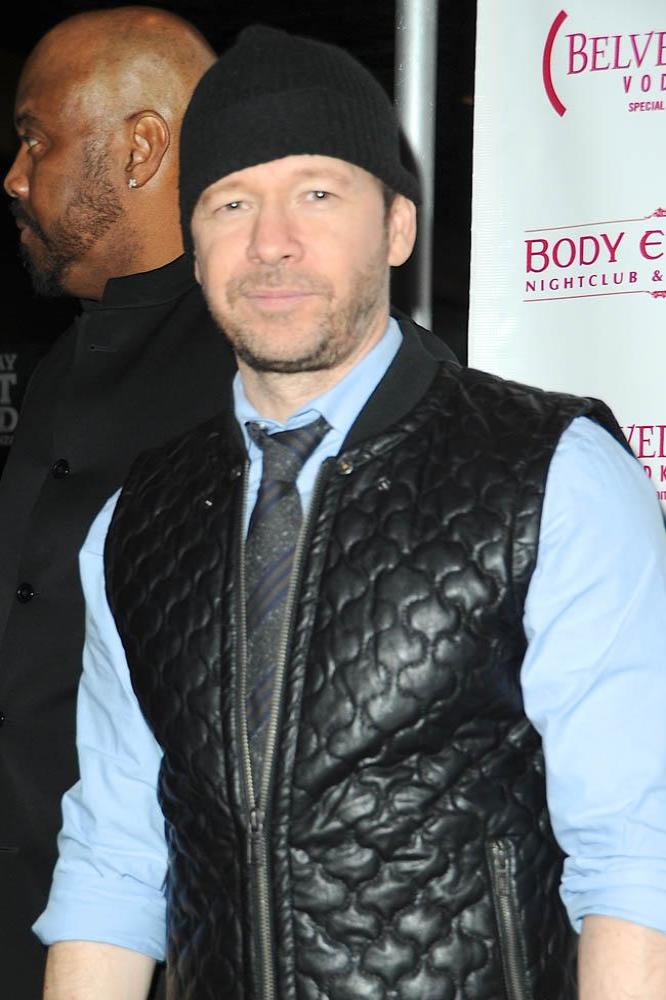 Newly-engaged couple Donnie Wahlberg and JENNY McCARTHY have been given the blessing of their children and former spouses to wed after holding a family meeting with their exes prior to announcing the happy news.

The actress and TV personality revealed on Wednesday (16Apr14) that Wahlberg had proposed to her last weekend (12-13Apr14), and she showed off her huge yellow sapphire ring and gushed about the surprise on her U.S. daytime show The View.

Now she reveals that she and her new fiance chose to keep the news to themselves for a few days to ensure the New Kids on the Block star's ex-wife and mother of his two sons, Kim Fey, and McCarthy's former husband John Asher, dad to her boy Evan, were comfortable with their plans to wed.

She says, "The thing about getting married at this age is that... it's a package deal so not only do you have to find somebody you love so much and (is) the greatest guy in the world, but he has to accept your child, just as much as he loves you... "But the other way around is he has two children and I sat down with his ex (to get her approval), (and) John Asher, my ex, loves Donnie, so it's really a blessed union and I'm really very grateful". And McCarthy is considering asking fellow U.S. TV personality Andy Cohen to officiate their nuptials after first meeting her husband-to-be on his show Watch What Happens Live early last year (13). She adds, "We were actually considering asking him to marry us, so we'll see". The couple only started dating after Wahlberg featured as a guest on her short-lived late night programme, The Jenny McCarthy Show.