Officials said it was a public safety hazard.

A bus abandoned in the Alaskan wilderness and made famous by the book and film Into The Wild has been removed for public safety after tourists repeatedly had to be rescued while trying to reach it, the state's National Guard said. 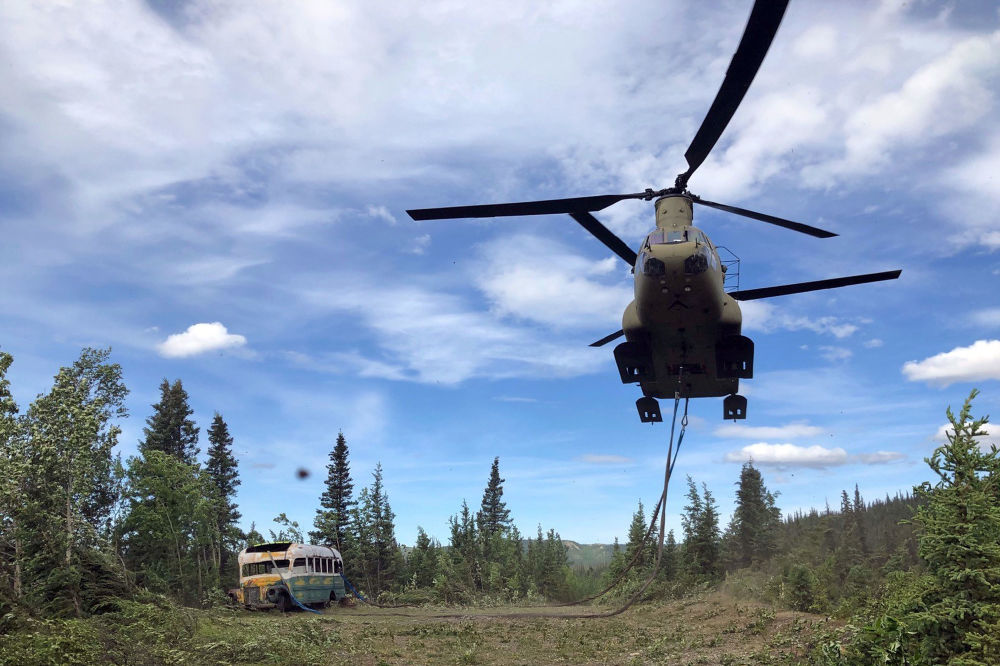 A US Army helicopter airlifted the 1940s-era vehicle from its spot west of the Teklanika River on Thursday.

The bus was made famous by 24-year-old adventurer Chris McCandless, who lived in it during the summer of 1992 and died of starvation after 114 days in the wilderness.

His story was told by author Jon Krakauer in the 1996 book Into The Wild, which was adapted into a 2007 film directed by Sean Penn.

The National Guard said the bus was a public safety issue because it was luring fans of McCandless to venture out into the dangerous Alaskan wild.

There were 15 bus-related search and rescue operations by the state between 2009 and 2017, according to the Department of Natural Resources.

Two travellers died after drowning while on their way to the vehicle in separate incidents in 2010 and 2019, officials said.

Locals had called for authorities to reduce or eliminate the danger caused by the bus, the National Guard said.

Corri A Feige, commissioner for the Department of Natural Resources, said: "We encourage people to enjoy Alaska's wild areas safely, and we understand the hold this bus has had on the popular imagination.

"However, this is an abandoned and deteriorating vehicle that was requiring dangerous and costly rescue efforts, but more importantly, was costing some visitors their lives. I'm glad we found a safe, respectful and economical solution to this situation."

The bus was removed by a CH-47 Chinook helicopter. The aircrew also ensured the safe transportation of a suitcase that holds sentimental value to the McCandless family, the National Guard said.

Mr Feige said the bus will be stored at a "secure site" while the Department of Natural Resources considers a permanent place for it.