Sienna Miller has shown off her singing voice by recording a track with rising musician Jack Savoretti.

The Alfie star reportedly met the singer during a night out in London and he subsequently invited her to hit the studio to lay down vocals for a romantic duet called Hate and Love.

A source tells the Sunday Mirror, "Jack met Sienna at the Groucho Club (in London) and she sang These Boots Are Made For Walkin'.

She adores singing so jumped at the chance to sing with him when he asked her to". 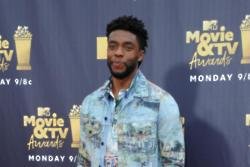