Actress Mary-Louise Parker has blasted her TV bosses on hit U.S. show Weeds for forcing her to film a nude scene - insisting she's "bitter" after agreeing to strip down on set.

I knew it was going to be on the Internet 'Mary-Louise shows off her big nipples.' I wish I hadn't done that

The 44-year-old actress, who plays marijuana-selling mom Nancy Botwin in the series, felt uneasy when a director requested she film a recent scene naked in the bathtub. She eventually agreed to disrobe - but now regrets the decision.

She tells America's More magazine, "I didn't think I needed to be naked. I fought with the director about it, and now I am bitter. I knew it was going to be on the Internet 'Mary-Louise shows off her big nipples.' I wish I hadn't done that. I was goaded into it.

"I like it the more extreme it is. But I don't like it when it's crass and crude for humour's sake, and I don't like when it's sentimental, when she's a sweet mother.

To me, she's not that". But co-executive producer Roberto Benabib has defended the decision, and called the vulnerable scene one of Parker's most memorable performances on the series.

He explains, "We felt at that point in her life, defenses had been so thoroughly stripped away. There was a nonchalance to the nudity that informed the scene...

I thought it was wonderful, one of the five best scenesMary-Louise has ever done (on Weeds)". 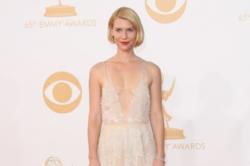 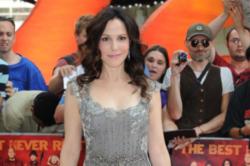 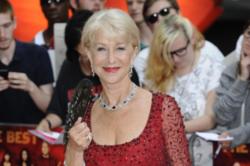