Kathy Bates Was Advised to Keep Cancer a Secret

Kathy Bates was advised to keep the news of her cancer battle a secret when she was first diagnosed with the disease in order to secure insurance coverage for a new movie project.

The Misery star discovered she had ovarian cancer in 2003, but she decided to fight the illness in private and only opened up about the health crisis after successfully beating the disease.

Even though your family's supportive and surrounds you, I just got to the point where I would go to chemo by myself and just really go through it on my own

Bates admits she was keen not to make her personal battle a public one - but it wasn't just the Oscar winner who wanted to keep her cancer fightunder wraps.

In an interview with U.S. newsman Anderson Cooper, she says, "I was advised to (not reveal cancer diagnosis). I was contracted to go into a movie at that time, Little Black Book with Brittany Murphy - who I miss very much.

"My doctors at the time, they had to get insurance approval and all of that, so I was very quiet about it and had to go back to work right away".

Bates reveals she preferred to go to chemotherapy sessions on her own, so she didn't fight the questionable advice she'd received. She adds, "Nobody else really knows what you're going through except another cancer patient.

"Even though your family's supportive and surrounds you, I just got to the point where I would go to chemo by myself and just really go through it on my own".

However, Bates concedes she would handle her cancer fight differently if she ever had to do it all again "I admire people who have been open, like Melissa Etheridge and women I see walking around facing it without wigs and all of that stuff.

"I think I'd be more courageous next time".

The actress' interview with Cooper will air on his talk show Anderson on Thursday (21Mar12). 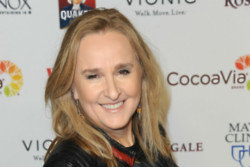 Melissa Etheridge: I felt guilt and shame after my son's death 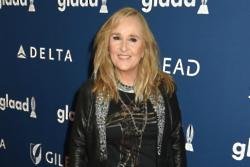 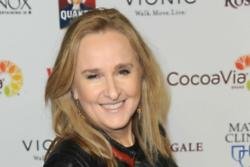 Melissa Etheridge: I had considered the possibility of my son overdosing before his death