Katherine Heigl stopped complaining about her long hours on the set of new action comedy One For The Money after listening to her veteran co-star Debbie Reynolds' tales of on-set hardships.

It was so horrifying what women had to go through to make that movie. It was her first big break and she was working with an icon and they were dancing and singing

The Knocked Up star admits she's prone to grumble about the amount of time she spends making movies when she'd prefer to be at home with her husband Josh Kelley and their adopted daughter Naleigh - but Reynolds made her realise filming conditions were far worse for her when she a rising star.

Heigl tells us, "I was complaining about the hours and one of our producers said, 'You should ask Debbie Reynolds about her hours on Singin' In The Rain,' so I did.

"It was so horrifying what women had to go through to make that movie. It was her first big break and she was working with an icon and they were dancing and singing.

She said they worked 20 hours a day and she would get a few hours sleep on her sofa in the dressing room and then go back towork. It was so much that I thought she was exaggerating.

"Then she told me how she had to dance with bleeding feet at one point. Gene Kelly wanted to stop because Debbie's feet were bleeding all over the scene and she was like, 'No, no I'm fine. I can keep going.' So then I stopped complaining about my hours". 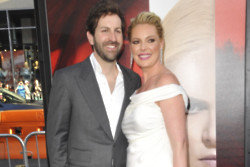 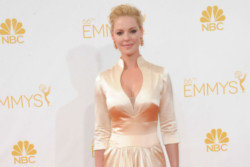 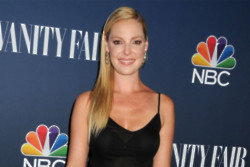 Katherine Heigl: Moving out of LA has been very healing