Lost star Jorge Garcia was overcome with emotion as he wrapped the hit series, admitting he "got a little teary" saying farewell to co-star Matthew Fox.

And Garcia admits he's struggling to accept the end is near, adding, Istill don't think the end of it all has hit me yet

The actor, who plays Lost plane crash survivor Hurley, has recalled histime on the show in a touching essay published just days before the programme comes to an end on Sunday (23May10).

The star insists his six-year stint was unforgettable and admits he will miss all the friends he made among the cast and crew during filming in Hawaii.

Garcia writes for Daily Variety, "I think the time spent under the casttent on set will be what I'll miss the most. We sang songs to Terry (O'Quinn)... made valiant group efforts to complete a Friday edition of the New York Times crossword puzzle and played a lot of Scrabble.

"I'll admit I got a little teary with Matthew Fox. I thanked him for everything he taught me, including taking me on his trip to Japan to see Green Day that first summer of shooting.

At the time, flying at the last minute to a foreign country was way out of my comfort zone, but then again nothing on Lost was ever in my comfort zone".

And Garcia admits he's struggling to accept the end is near, adding, "Istill don't think the end of it all has hit me yet. Maybe I'll feel it when the finale finally airs Sunday.

Or maybe it will hit me when I board the plane at Honolulu Airport for the last time as a Hawaiian resident. 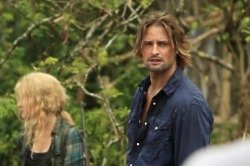 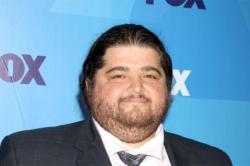