Girls don't have characters to aspire to, sure, but boys don't see these characters either

Geena Davis' organisation for gender equality has been given a boost after winning a $1.2 million (?750,000) grant from Internet giant Google.

The Google Global Impact money will be used to help further research at the Geena Davis Institute of Gender in Media, which the Thelma and Louise star founded in 2004.

Davis and her colleagues have been examining the depiction of female characters in tech-related roles in entertainment, and now hope to extend their research worldwide.

She tells Forbes.com, "Of course we're thrilled and honoured at the award. (It will) profoundly improve (the organisation's) ability to scale up, research more broadly and, most excitingly, help us to expand globally... We really have a long way to go in the work that needs to be done. A huge part of the problem of not having enough girls and women going into tech fields is because children aren't exposed to characters that have these jobs. Girls don't have characters to aspire to, sure, but boys don't see these characters either. And as a result don't see women and girls as being competent equals... "How are they doing in England, Scandinavia and India? Maybe there are places where they are creating great content for girls". 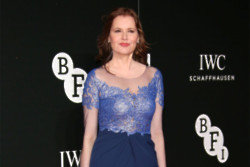 Geena Davis is 'still waiting' for change in the movie industry 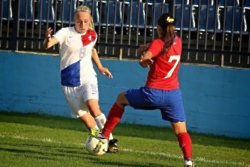 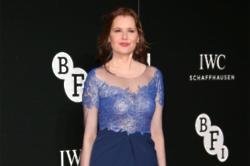