Brittany Murphy's Hollywood Hills mansion has been temporarily removed from auction to allow the actress' mother extra time to offload the property on her own.

The Clueless star died suddenly in December 2009 after suffering a cardiac arrest at her California residence.

Murphy's husband, screenwriter Simon Monjack, also passed away at the home just months later in May 2010.

The actress' mum, Sharon, who lived with the couple at the house, initially placed the property on the market last March (10), only to remove it from sale a month later (Apr10).

The house went into foreclosure early in January (11), with over $4 million (£2.6 million) still owed, and bank bosses were due to auction it off in Pomona, California on Monday (31Jan11).

But Sharon Murphy has managed to convince bank executives to postpone the sale until 14 February (11) in a bid to find a buyer herself, reports TMZ.com. 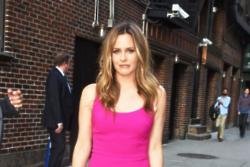