Aaron Sorkin Hits Back At the Newsroom Critics

Screenwriter Aaron Sorkin has jumped to the defense of his show The Newsroom after the series was criticized by real-life journalists.

"Sorkin loves journalists, loves the media, loves the news. I don't believe the show is his soapbox for him to lecture the media on how to be better.

Sorkin's program about a TV newsroom debuted to mixed reviews in the U.S. last month and came under fire from some reporters who claimed it's an unrealistic portrayal of the industry.

Now Sorkin, who created huge hit The West Wing, has hit back at his detractors, insisting all his projects are fantasy-based and should not be taken too seriously.

He tells U.S. radio show Fresh Air: "I like writing about heroes that don't wear capes and disguises. It's aspirational. 'Gee, it looks like the real world and feels like the real world, why can't this be the real world?'... The show is meant to be a fantasy set against very real and often at times very serious events."

Castmember Olivia Munn, who plays financial analyst Sloan Sabbith, also insists Sorkin does not use the show to take a swipe at journalists.

She tells New York Magazine's Vulture blog: "Sorkin loves journalists, loves the media, loves the news. I don't believe the show is his soapbox for him to lecture the media on how to be better. On the contrary, I believe his show is an opportunity to help the audience fall in love with the news again." 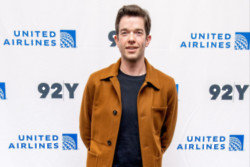