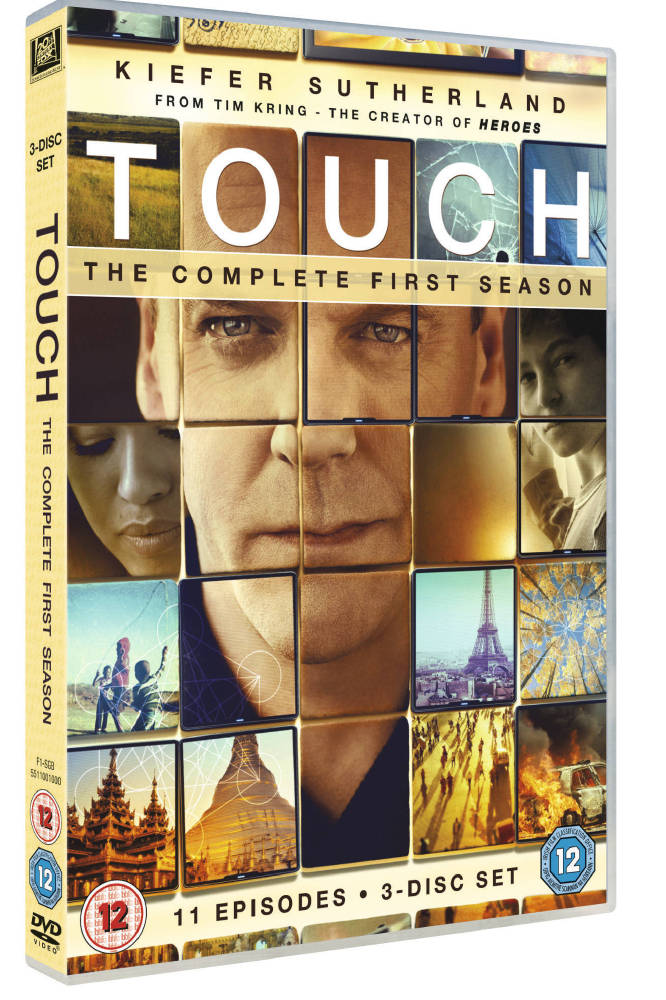 We are all interconnected. Our lives are invisibly tied to those whose destinies touch ours. This is the hopeful premise of the new drama Touch from creator and writer Tim Kring.

Jake has never uttered a single word, but communicates in his own unique language using patterns and numbers; it’s a language that no one else has been able to understand - until now.

With the help of social worker Clea Hopkins (Gugu Mbatha-Raw: Spooks), and Professor Arthur Teller (Danny Glover: Lethal Weapon), Martin begins to piece together the clues Jake leaves for him... and to connect with an enormous network of people from different walks of life all across the globe.

Blending science and spirituality, Touch is a gripping drama with an utterly unique proposition. DVD special features include a featurette on the equations that control fate and some deleted scenes.

If six degrees separate humanity, Touch shows what binds it together. Series 1 is available to own on DVD from 1st April 2013.