"Women’s sport is embedded in the mainstream consciousness now and that is a hugely positive thing."

Ahead of the release of WWE 2K19 this October, 2K have teamed up with professional footballer Toni Duggan - Barcelona and England player - to talk all about women in sport. We caught up with the talented Toni to find out a little bit more about life as a female in the world of sport, where she thinks things are headed, and what she makes of women like Ronda Rousey who transition from one sport to another! 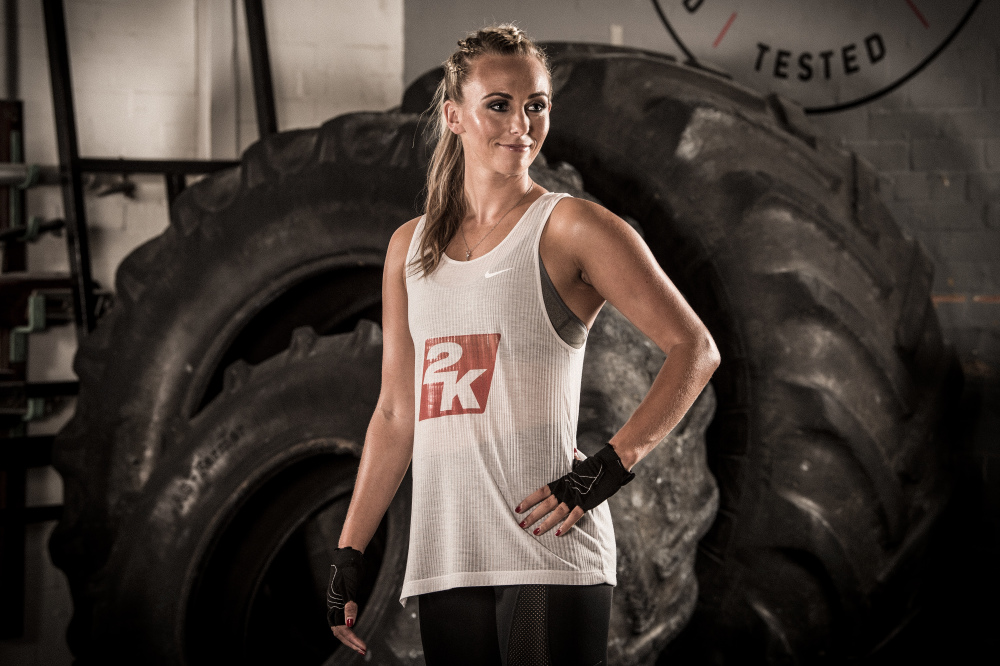 Can you tell us a little bit about your personal experience of being a woman in the world of sport?

Anyone who plays professional sport for a living is extremely lucky and that’s my overriding feeling – I believe I have the best job in the world! Yes, I’ve worked very hard, and made sacrifices along the way, but I’m in the very privileged position of doing something that I love every single day – and earning a living from it. I am playing during a seminal moment for our sport, which is something I realise the importance of. By that, I mean female players who are playing now are doing so during a time of huge growth in the game, so I believe we all have a responsibility to do what we can to make sure that continues.

How have you seen the world changing as of late when it comes to the acceptance of women in sport?

Women’s sport is embedded in the mainstream consciousness now and that is a hugely positive thing. That’s not to say that our sport can’t get even more popular – because I think it can – but perceptions have definitely changed for the better. Broadly speaking, I think there is a much greater appreciation of the skill and athleticism on show in our game, which is demonstrated by ever increasing crowds. Another example is the surge in people who follow the players on social media now – that simply would not have been the case even five years ago.

Ronda Rousey has made the transition from UFC to WWE lately, proving there are plenty of paths for women to carve out in this industry; what do you make of her move and what it has done for females in this business?

Ronda is an inspiration really. She is the embodiment of what can be achieved when you put your mind to it. It’s incredible to think that she has mastered two of the most strenuous sports around. That takes a huge amount of hard work and determination. Trailblazers, like Ronda, are what help to accelerate growth and interest in women’s sports generally, so fair play to her! It’s fitting that she is part of WWE 2K19’s ‘Never Say Never’ campaign because she clearly never ruled anything out!

Do you think you'd ever consider transitioning from football to another sport at some point in the future?

Who knows?! It’s not something I have really thought about in any great depth. Right now, I’m focused on doing my absolute best for club and country for long as I’m physically able. After I retire I’ll have more free time and I’ve always been a sporty person so something might open up, even if that meant playing a new sport socially. Since I’ve lived in Barcelona I’ve played a bit of padel, so maybe I’ll become World Champion at that – joking, of course!

How important is it for women such as yourself, and Ronda, to be a role model to young girls who may want to work in the sporting world?

Very important – it’s a collective responsibility. We all need to help each other to be successful, which could be on or off the pitch, or both. I want more women to get involved with sport – and that doesn’t necessarily mean playing at the elite level, it could be joining the administrative side of things, for example. For me, professional sport should reflect society, so that means opening up opportunities not just for women but for all groups who might be underrepresented.

What's a typical day or workout like for you? If indeed there are any 'typical' days!

Generally speaking my routine can be categorised into three areas: training for, playing in and recovering from matches! It’s a long, hard season so you have to look after your body. Luckily for us we have outstanding training facilities, coaches, physios and conditioning personnel, so we are very well looked after. During any down time it’s a balance between trying not to do anything too strenuous as well as keeping your muscles loose! Luckily there is lots to see and do in the city, which keeps me busy.

How are you finding life in Barcelona?

I love it! Barcelona is a really beautiful city and I love the lifestyle out here. Funnily enough, since I got my own place in town I’ve had friends and family from home over most weekends – I should open a B&B! I’ve found the people really friendly and my teammates have been supportive and helped me out with recommendations for places to go and things to do. I’m learning Spanish too and am getting more confident with that as the weeks go by.

What are your expectations for the upcoming season?

At a club like Barcelona you need to challenge yourself to compete on all fronts throughout the season. The history and expectation at Barca is huge and I love that – it pushes you. As players, you want to make your own history and for me that starts with trying to improve on the previous season. If you do that year-on-year you can be satisfied that you have never settled for the status quo. England-wise, it’s a big season for the group. There’s a strong dynamic and a positive feel, which is being nurtured by the Manager, Phil Neville. It’s a happy camp, so if we can keep that going for the next year and take it into the World Cup, then I genuinely believe we can go all the way.

What other sports do you love to watch?

I enjoy my sport. I will watch other women’s games and the men’s side, obviously. My boyfriend and I went to Barca vs. Real Madrid at the Nou Camp last season – what an experience. I’ve never heard sounds or seen colour like it in a football stadium! It was one of the best experiences since I arrived in the city.

How do you like to wind down when you get some free time?

I’m a big family person and love spending time with them. That has become more difficult since I moved to Barcelona – because my family are still back in England – but someone always comes to watch my home games. My boyfriend also comes out to watch me play and him and I have been sightseeing, which has been hugely enjoyable. We really like going out and trying new restaurants – I love trying new food but you can’t beat Mum’s home cooking, can you?!

WWE 2K19 is currently scheduled for release worldwide on October 9, and will be available on the PlayStation 4, Xbox One and Windows PC. 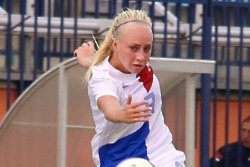 The rise of female hosting and punditry in football 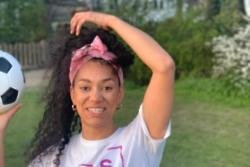 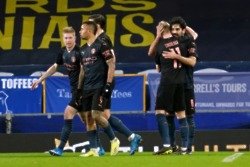