Tori Spelling's children didn't recognise her when she showed them old episodes of 'Beverly HIlls, 90210'. 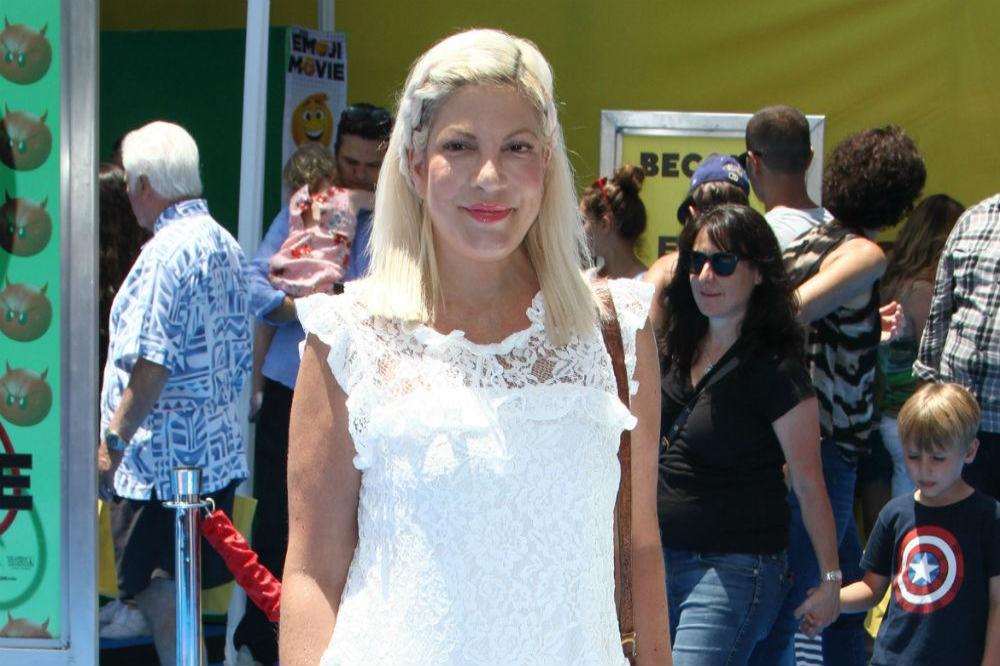 The 46-year-old actress - who has Liam, 12, Stella, 11, Hattie, seven, Finn, six, and Beau, two, with husband Dean McDermott - showed her older kids scenes of her in character as Donna Martin in the classic series, which ran from 1990 until 2000 and while they recognised her co-stars Ian Ziering and Jennie Garth, they couldn't point her own.

Speaking on 2DayFM's Breakfast Show with Grant, Ed & Ash, she said: "The first time I showed my oldest kids was probably four or five years ago and they're 11 and 12 now and they couldn't find me in it.

"My daughter is here, and she said it's because I had different colour hair."

Tori - who previously admitted to having had a nose job - recently laughed off claims she had a "rivalry" with former co-star Shannen Doherty, who quit her role as Brenda Walsh in 1994.

She said: "We were really close on the show. She was one of my best friends. And then when she left the show, there [were] all these press things that came out, like, this rivalry, and it was never with us. But the press makes what they want."

Though the blonde beauty admitted she and Shannen aren't close now but "not for any reason", she felt frustrated at not being able to quash the speculation of a feud when it first surfaced.

She said: "You don't want to say anything because you're told, like, 'Don't say anything. Say nothing, and it will go away!'

"But it kind of lives on whenever a story comes out. It doesn't really go away. So yeah, no, she's great. I saw her recently. She's an awesome person."