Tori Spelling's daughter Stella has broken her ankle for the second time in four years. 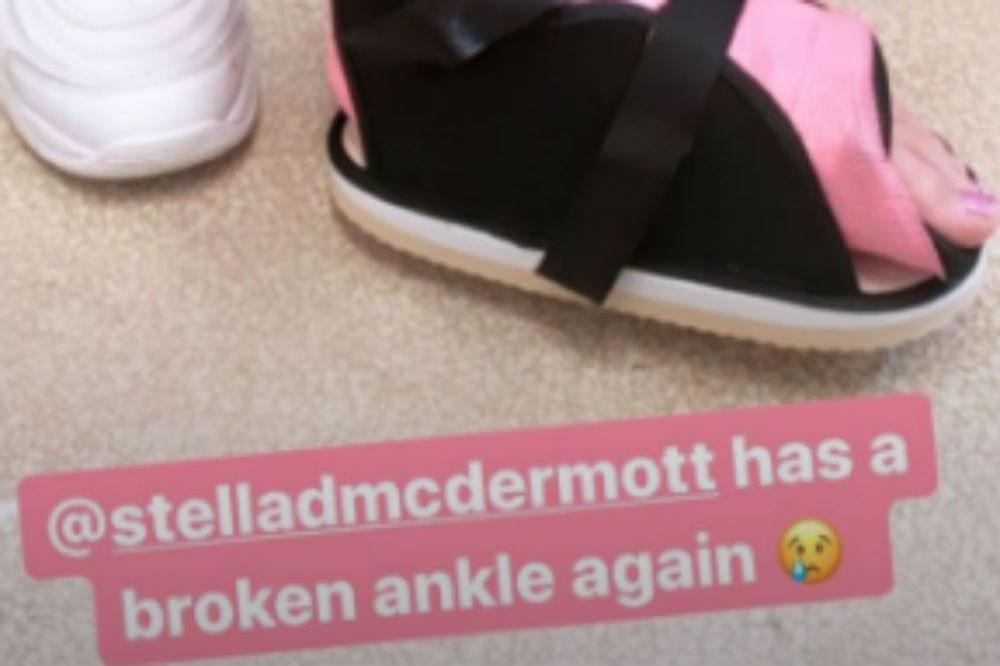 The 46-year-old actress has revealed her 11-year-old daughter Stella, whom she has with her husband Dean McDermott, has been forced to wear a bright pink cast on her left foot after she snapped it during an accident recently.

Taking to her Instagram account, Tori uploaded a photograph of her daughter's new medical accessory and wrote: "@StellaMcDermott has a broken ankle again."

It's not known how Stella came to have the nasty injury but this isn't the first time she's been confined to a cast as she also fractured the same foot back in 2013.

Things may be slightly harder for the family for the next few weeks as Stella will need help getting about, but Tori will always make her kids her "priority".

"There's no thinking, so I just try to make sure my kids are my first priority and work is always second, so I feel like if you always keep that in your mind and go with your heart with your family in mind, it all works out."

Tori would also like to have another baby because she loves being pregnant.

She explained: "I do like even numbers and I was always a big fan of 'The Brady Bunch'. So three boys, three girls would be ideal ... We're both believers, none of our kids are actually planned. So we're believers that they choose us and when the time is right, it's right. If not, we're definitely blessed."