Tori Spelling's children are learning the "spiritual way" to combat online hate, thanks to their father Dean McDermott. 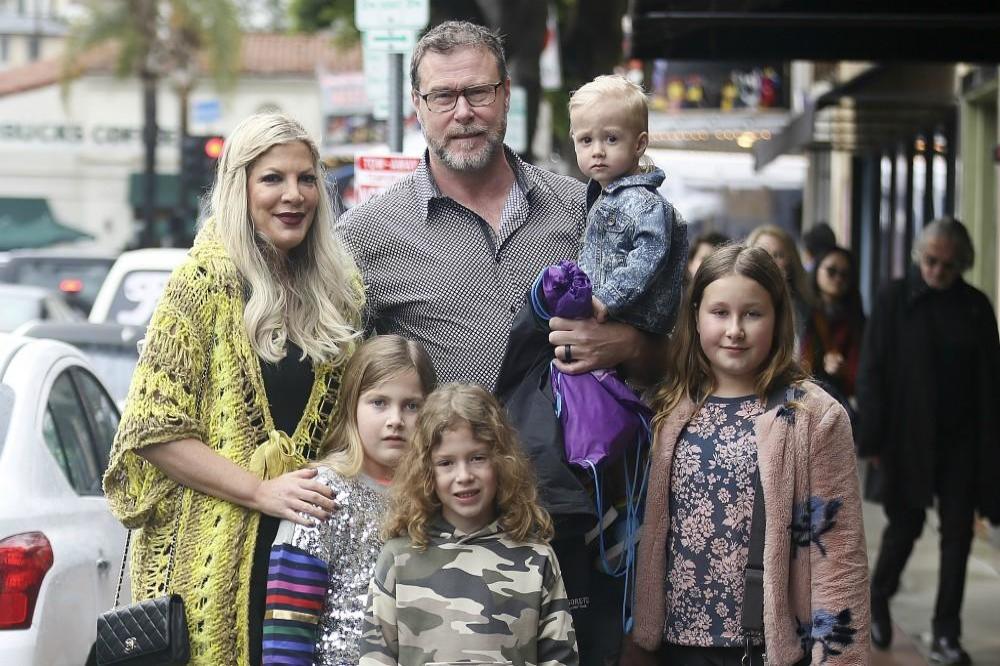 The 46-year-old actress and television personality has five children - Liam, 12, Stella, 11, Hattie, seven, Finn, six, and Beau, two - with her husband Dean McDermott, who has hit out at trolls who have targeted the youngsters for "their hair and their clothes".

Dean said: "[Trolls] comment on my kids looks, and their hair and their clothes. I'm just like, 'Enough is enough.' I put my foot down, and I'm trying to teach my kids a more spiritual way of handling the criticism."

The former 'Chopped Canada' host, 52, also slammed social media for giving a voice to people who "shouldn't have one", and said he would always defend his brood against bullying.

Dean's comments come after his children were criticised for the way they looked when they appeared on the red carpet for 'A Dog's Way Home' back in January this year.

On Instagram at the time, Dean wrote: "I am absolutely horrified and disgusted by the comments being left about my children. Body shaming and bullying my children??!! What is wrong with you people??!! ... Their [sic] kids. They're messy and dirty. That's what they do. (sic)"

And Tori is equally as disappointed to see the hate her brood are getting, as she says it's "not easy" to read the things some people direct toward her kids.

The 'Beverly Hills, 90210' alum said: "It's not easy. I have dealt with it forever, but when they say things about your kids, you're just like ... 'What?' Everyone is so anti-bullying these days, but it feels like lately with celebrities, that doesn't apply. You can say whatever you want about celebrities and their kids, their family, but you can't say it anywhere else in any other profession."