Tori Spelling has role-played as her 'Beverly Hills, 90210' character in the bedroom for her husband Dean McDermott.

Tori Spelling has role-played as her 'Beverly Hills, 90210' character in the bedroom for her husband. 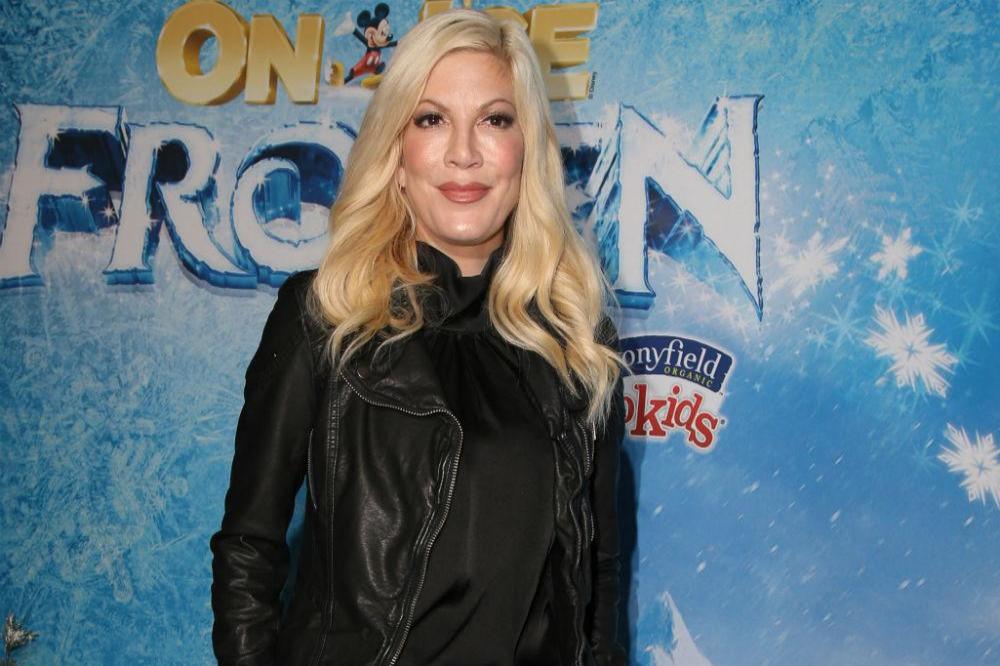 The 46-year-old actress recently reprised her role as Donna Martin for Fox's reboot of the 90s drama, 'BH90210', but her husband Dean McDermott has admitted that's not the only time she's gotten back into character, as the pair have role-played in the bedroom before.

Asked during the latest episode of his 'Daddy Issues' podcast if he and Tori had ever engaged in any role-play related to the show, he admitted: "Yeah, she's dressed up like Donna Martin. And it's f***ing awesome.

"Here's the thing: The thing I love about ['BH90210'] is the flashbacks. In episode two, the flashback of Tori running down the hall and she talks to Kelly. I was like, schwing!"

To which co-host Adam Hunter then joked: "Is that because you had no kids back then?"

And Dean - who has Liam, 12, Stella, 11, Hattie, seven, Finn, six, and Beau, two, with Tori - jokingly agreed at first, before admitting he'd always had a crush on Tori when she was playing Donna in the original show.

He said: "That's what really turned me on: the thought of no children. No, she looked hot. You know the story, I had a crush on Tori on the show, and so to see the flashbacks, I put it in the spank bank."

This isn't the first time Dean, 52, and Tori - who married in 2006 - have been open about their sex life, as the 'Chopped Canada' star confessed earlier this month to having sex with Tori "every day", and using CBD lube.

He said: "It's great. You just put it on, and the vagina gets tighter, and then you last longer."