Pamela Anderson is proud of her "talented, ambitious, and gorgeous" son Brandon Lee, whom she praised for his "incredible" acting talent.

Pamela Anderson is proud of her "talented, ambitious, and gorgeous" son Brandon Lee. 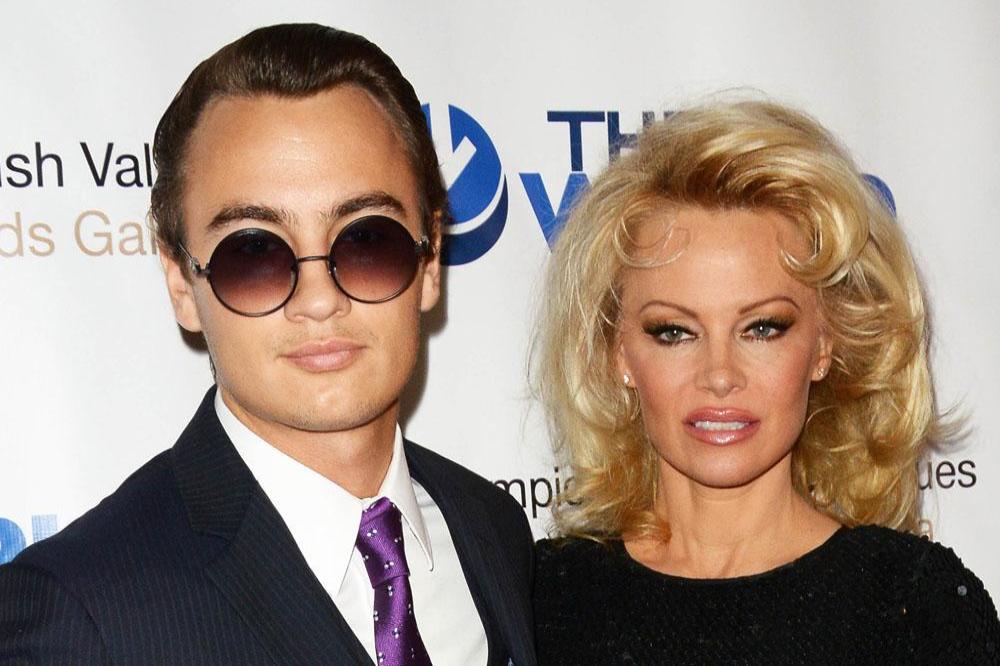 The 'Baywatch' star has her 23-year-old son with her ex-husband Tommy Lee - with whom she also has 22-year-old son Dylan - and has gushed over his "incredible" talent as an actor, as he begins to carve his own career in Hollywood.

She said: "I always say Brandon's an incredible actor. You know, he's taken a lot of acting classes, he's very ambitious, he's done some films and movies. And, you know, he really has no rules. Brandon is a chameleon. He's just invisible. An incredible, talented person."

Brandon recently took to social media to share a video about addiction, recovery, and the effects of social distancing amid the coronavirus pandemic, and Pamela couldn't be more proud whilst listening to him talk.

The 52-year-old model told ET Canada: "He actually did a conversation today online about addiction and things he's really passionate about.

"I love listening to him. He's talented, and ambitious, and gorgeous, and all those good things. You know I'm very lucky, he could have been a disaster! But it turned out pretty good!"

Brandon is currently starring on 'The Hills: New Beginnings', and made headlines in 2018 when he and his father Tommy Lee clashed after the Motley Crue rocker claimed that Brandon had hit him during a heated argument.

The pair seemed to make up by the end of 2018 following months of social media arguments in which they accused each other of substance abuse, when Tommy shared a snap on Instagram of himself and Brandon sharing a warm embrace.

The 'Kickstart My Heart' hitmaker - who also has 21-year-old son Dylan with Pamela - captioned the snap: "I love you son @brandonThomasLee (sic)"

And Brandon later admitted he was nervous to see the argument play out on 'The Hills: New Beginnings', because he couldn't remember what he'd said in the heat of the moment.

He explained: "I mean, that's something that I've tried to keep private between me and my dad, but it's definitely, you know, it's inevitable that it spills over onto my show. It's a big part of my life. It's something that was really prevalent in my life at the time, during most of the filming process. So I think you'll get to see a little bit of that. It [was] definitely a hard time for both of us.

"I feel like I was pretty angry when I was filming, so I don't remember what I said, which is, like, kind of nerve-wracking too. I tried to tell him the other day, like, 'Dude, I don't know if I said anything crazy.' But who knows, you know? I was really upset when all that stuff was going on. But friends fight. He's like my best friend, so people get over it."