Steven Tyler is so proud of daughter Liv

Steven Tyler took to social media over the weekend to wish his daughter Liv a happy 40th birthday and said he was "so proud of the beautiful woman" she is.

Steven Tyler is "so proud of the beautiful woman" his daughter Liv is. 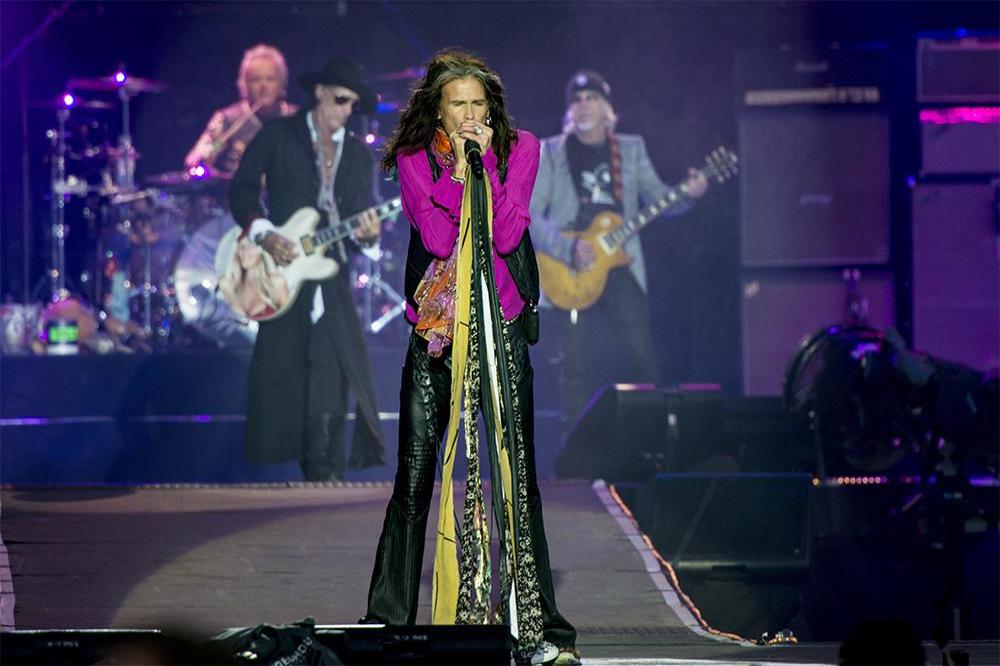 The Aerosmith frontman took to social media over the weekend to wish the actress a happy 40th birthday, where he praised her for being an "inventress" and a wonderful woman.

Alongside a series of photographs of his daughter, he wrote: "YOUR MOM AND DAD ARE SO PROUD OF THE BEAUTIFUL WOMAN YOU ARE. YOU ARE AN ((INVENTRESS)) OF IGNITING YOURSELF OVER AND OVER AGAIN. I LOVE YOU SO MUCH! DADDY (sic)"

Meanwhile, whilst Liv doesn't get embarrassed easily, she admits her parents - Steven and former Playmate Bebe Buell - do leave her feeling red-faced sometimes.

She said: "I'm not easily embarrassed at all, but my mom and dad both manage it.

"They can say some pretty bold and outrageous things. They are never afraid to say what's on their mind, that's for sure."

Like her parents, Liv isn't afraid to speak her mind, although she never holds a grudge after a row.

She added: "I try not to take things too personally. If someone or something really upsets me I'm pretty straightforward about it. I am not a grudge-holder.

"Because I am softly-spoken and a bit shy, people think I'm not a strong or brave person but I'm very resilient ... No regrets. Many mistakes. I feel grateful for the lessons they teach me. Life would be so boring without them."

And like her father, Liv is really into music and couldn't be friends or love someone who has a "bad taste" in songs.

She said: "A thoughtful, considerate person melts my heart. Someone who pays attention and notices the little things. And I can't be friends or love someone who has bad taste in music."