Skylar Astin and Anna Camp have returned to where they held their wedding in honour of their 10-month anniversary.

Skylar Astin and Anna Camp have returned to where they held their wedding in honour of their 10-month anniversary. 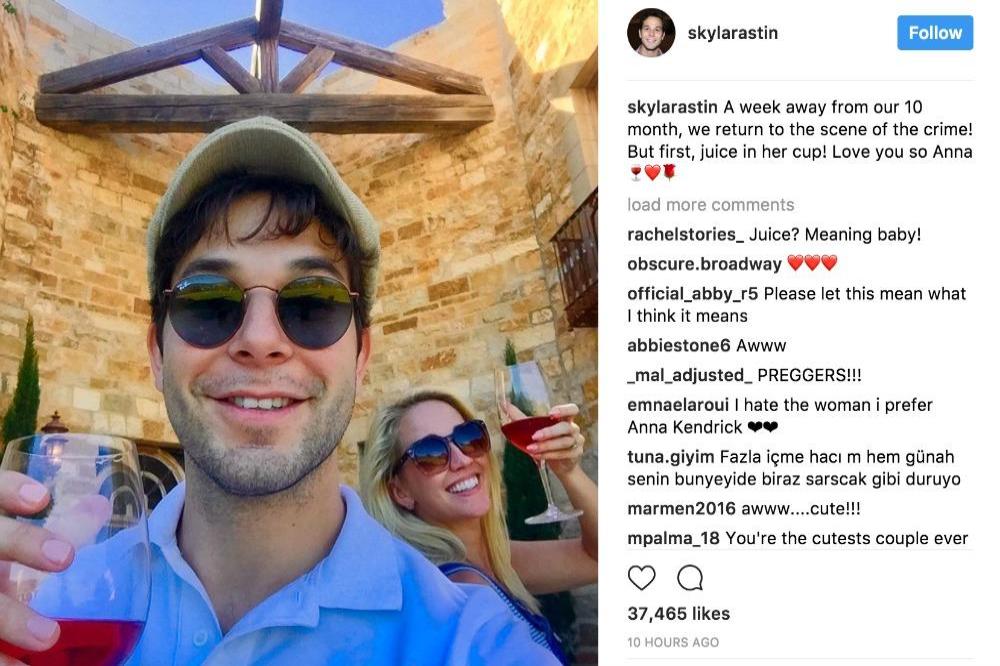 The 'Pitch Perfect' stars tied the knot back in September 2016 in an outdoor ceremony held on the coast of central California, and in Instagram posts shared on Monday (03.07.17), the pair have re-visited the site to profess their love for one another once again.

Posting a picture of the pair enjoying a refreshing drink, 29-year-old Skylar wrote: "A week away from our 10 month, we return to the scene of the crime! But first, juice in her cup! Love you so Anna (sic)"

And Anna, 34, claimed she was in "heaven" when she posted another snap of the pair in the sun.

She wrote: "Heaven in the sun with my sweet love where we tied the knot... wine ain't so bad either #happiness (sic)"

Skylar and Anna's wedding saw the blonde beauty don a Reem Acra dress with Neil Lane jewels and a Lorraine Schwartz wedding band, whilst her groom opted for an Ermenegildo Zegna suit.

Their 'Pitch Perfect' co-stars Elizabeth Banks and Brittany Snow were among the guests at the ceremony.

The pair announced their engagement in January 2016, and she previously revealed the pair are best friends.